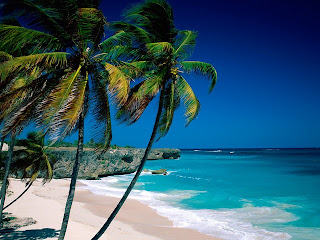 I was busy looking to see what had happened this day in history in order to find an inspiring event to blog about when, lo & behold, I spotted that natural or un-natural phenomena, ‘the coincidence!’ Whilst looking at musical history I discovered that David Crosby was is hospital on the exact same day, 19th November, in 1990 & again in 1994.

1990, David Crosby from Crosby Stills Nash & Young was admitted to hospital after breaking a leg, shoulder and ankle after crashing his Harley Davidson motorbike.
1994, David Crosby had a successful liver transplant operation at Dumont-UCLA in Los Angeles.

Luckily for David the bad had pre-ceeded the good, not only the physical harm but also overcoming his serious illness. This got me thinking about the subject of coincidence, after all everyone of us can quote an entire chapter of co-incidences when pushed, despite it being a small world. Here’s my latest example:

Our accountant at work told me she had seen me on her friend’s Facebook page yet we are not linked on Facebook as she keeps her work separate from home. It turns out that she met my friend whom I know from Facebook... (who co-incidentally I met at a gig for the first time that I didn’t even know she was attending,) in Grenada whilst on holiday. Speaking of holidays it doesn’t matter where in the world you go as you can still bump into people you know... the word has definitely got smaller due to increased accessibility. Another example from a few years ago; my family ran into a friend we hadn’t seen for years who just happened to decide to go to Barbados for a holiday at the same time as us and we bumped into one another in St James... such a co-incidence especially as the friend had no ties with anyone in Barbados.

Being enthusiastic about the subject I thought I would check the dictionary for a definition:

1. 'The state or fact of occupying the same relative position or area in space.' This is a beautiful little definition and can be applied to the real world as well as cyberspace!

2. 'A sequence of events that although accidental seems to have been planned or arranged.'
Very often co-incidences do leave you wondering ‘how come.’


Looking further into the subject I discovered this little gem of wisdom;


‘Coincidence quotes and sayings about coincidences remind us to pay attention to these meaningful, sometimes magical occurrences. Many famous authors consider these acts divine in nature.’


There are many quotes about co-incidences but the fact is that they happen so often that it’s surprising we’re surprised when they occur! I think I would describe co-incidences as, ‘life’s natural sense of humour, whether the coincidences are happy, strange or even morbid.’


I will leave you with 3 quotes from the famous;


‘There is no such thing as chance; and what seems to us mere accident springs form the deepest source of destiny.’
Friedrich Schiller


This is my favourite as it so positive and re-iterates the power within;


'Live your life with an appreciation of coincidences and you connect with the field of infinite possibilities.’
Deepak Chopra

If you would like to post any of your co-incidences in comments please do, or if it's a long story & you would like to include it in this blog please contact us on itsbraap@live.co.uk
Posted by ITS BRAAP ITS LIFE !! at 19:49