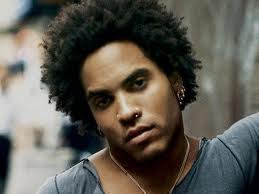 Today I’m heading up a complete change of style. Instead of the serious poem’s we’re going a bit 'street' in-line with the nature of social networking site ‘TAGGED.’ A guy called ‘The Jucyiest’ asked to be my friend and although I didn’t add him it caught my imagination & I decided to play around with the term. This is a poem I read at my one & only public poetry reading the ‘You’re A Star’ that Davinia Goodwin organizes. At least my knees aren’t knocking now!! As I don't have a pic of 'The Jucyiest' I will post my ultimate guy!!! Ah Lenny!

beta watch out gels coz u know juice is on the loose
and u don't wanna get caught like a horse on the hoof
coz this man is fit as fiddle.. and how u gonna fiddle ur way outta his grasp
but then again ur more likely 2 throw urself in his path
and claim ya tripped over on ya shoe.. wot u wudnt do that??
Hell gel wotz wrong with you??
Coz the man is as kool as a glacier sliding down the mountain
cumin right atcha so smooth
and u know u gots 2 be ready wen he's gonna make his move
Least I'd be ready coz u no wot I’m gonna say
Queen Jazmataz won't think twice bout whiskin the juice man away!!
Jaz McKenzie ©