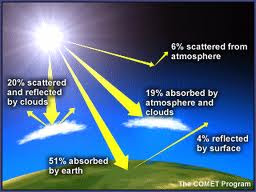 It would be very interesting to know what Mother Earth would have to say about the state of the world if she had a voice... and what sort of voice would that be I wonder? Rich & resonant I imagine, but then again the world is a very varied and inconsistent kind of place; so maybe Mother Earth would have a voice for every occasion. In some ways she is quite vocal. Listen to the sound of waves crashing on the shore or the summer breeze gently rustling the leaves ... most powerful of all the heavy thunderous clashes in the sky & the terrifying sounds of natural disaster arising from earthquakes & twisters. 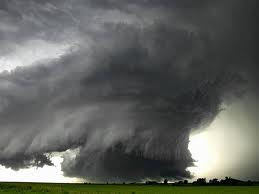 In many ways nature has a right to be angry. Look how our lifestyle has changed over past decades in tune with all our man-made inventions. We have managed to make life easier for ourselves on a practical level with all the modern gadgets & machinery, yet as a people we expect so much more from ourselves as individuals with our pressurised work ethics & busy lifestyles.

We live in a pre-packaged society and in the current climate where disposable income is limited we happily maintain our recently claimed disposable lifestyle. Poor Mother Earth is probably groaning in pain under the ‘land filled’ masses of rotting material heavily compounded with elements such as ‘disposable nappies’ that take many years to break down. All those gases being created beneath the crust of pur planet are seeking an easy route to escape... greenhouse effect they say, destruction of the ozone that was discovered in 1913 by a couple of French Physicists, Charles Fabry & Henri Buisson. The scientific explanations as to what the Ozone layer actually is, how it works & how we are destroying it would take a while to absorb but all poor Mother Earth knows about it is that she is slowly burning up & no suntan lotion in the world is going to make any difference to her.. . in fact, those empty bottles of ours are just more logs on the fire! 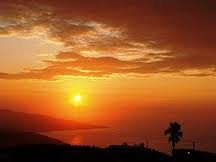 Suntan lotion of course is a product forever twinned with the joys of life & the good times; the prosperity of Western society. This then takes us to our brethren in poverty stricken lands. We see them crawling towards the water sources weak with hunger & thirst, disease ridden & too sick to care about their appearance... hold on while I flick the TV over because these images are so disturbing & I’m off out tonight & need to get back into a good party mood... by the way has anyone seen my new mascara? Oh yes & tomorrow I really must just pop some money into the bank for the latest appeal so that I have done my part.

What we need to realise is that the care of this world is down to us. We need to be consistent, to form new & improved habits that stay with us. Try to repair rather than throw away ‘broken’ items. Don’t overload your plate & throw away food you couldn’t possibly manage, just cook less in the first place! Think how you use energy; give away used clothes to charity where possible & yes donate to appeals but check them out first if you can so that your money is used wisely. REMEMBER> Individually we are a drop in the ocean. Together we become that ocean. We have reached a point in time when Mother Earth clearly needs a hand and maybe we really are headed for destruction. Hands Up all who are willing to do their part!

If you know of any tried & tested charities that spend the majority of their income on the cause, please contact us on itsbraap@live.co.uk Thank you.