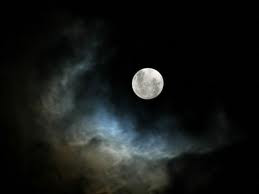 Today we have a full moon... yes I saw it hazily circled in a ring of drifting cloud appearing in its most appealing form as the origin of mystery! Of course a full moon is highly symbolic and is in fact, a mega movie star enjoying the longest career in the history of screen having appeared in just about every horror story ever written. Sadly it still has not been rewarded with even the smallest BAFTA!! So, let’s turn this on its head. ‘An America Werewolf in London,’ wouldn’t have been anywhere near as frightening without the full moon putting in regular appearances, however there is a serious side pertaining to the myths of the moon leaving quite a few stories to tell.

Back in the day, when I was 14, my friend Donna and I were walking home from a friend’s house cracking every joke you could imagine about the full moon, which was shining down brightly upon us. Eventually we hit the main road and split, Donna going to the right whilst I turned off to the left. A few yards down loomed the church with a walkway between the building and the church hall, familiar by day but by night!! By now of course the laughter had given way to that strange sense of uncertainty and a deep desire to be safely back behind my front door. This was in the days before mobile phones, when the only person you could chat with was the voice inside your head. Whilst churning my thoughts around, a skinny man in a dark coat stepped out from the walkway which exited back onto the church car park and said, ‘would you like a lift home?’ I was pretty scared but managed to reply with a firm, ‘No thank you,’ and had barely uttered the words when he suddenly made a grab at me. I shouted, ‘Get off!’ at the top of my voice & must have shocked him because he let go. In the split second that followed I weighed up the fact that if I were to run it might excite him and he could easily drag me back into the car park, so I calmly turned my back on him and walked ‘confidently’ at a normal pace down the road until I thought I was far enough away, then I raced the rest of the way home & arrived on the doorstep a trembling wretch! I don’t know if any other of my mad occurrences happened during full moons but either way the moon’s lunar effects are pretty much indisputable: except to scientists who it would appear have so far failed to find sufficient evidence connecting the moon directly with incidents of ‘lunacy.’ Had I know this a few years back I might have studied the effects of the full moon on the patients’ behaviour when I was working in a psychiatric hospital, however the only cycle that clearly appeared to effect the behaviour of our female patients was menstrual!

So, when does a full moon occur? Basically when we are bang in the middle of the sun and the moon allowing the moon to appear fully illuminated by the sun... hmmm I preferred biology with our mega enthusiastic Australian teacher who could even make dissecting a rat interesting... more horror! 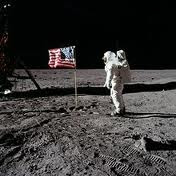 In my opinion the main characteristic of the moon was basically that it was outside our reach and what do we always want? The very thing we cannot have; so naturally man set about conquering the moon. In 1969 Neil Armstrong was honoured to be the first person to set foot on the moon, declaring, ’One small step for man, a giant leap for mankind!’ Whether he ever envisioned walking on the moon as a young child I have no idea, however he was clearly an extremely motivated and determined young man who worked in his teens so he could afford to take flying lessons.

The race to the moon was on and it was a race the Americans simply had to win; yet as their flag was seen to sway it has been debated and disputed ever since. So, yes a scientific leap which in terms of international communication & teamwork failed to advance ‘mankind’ at all. 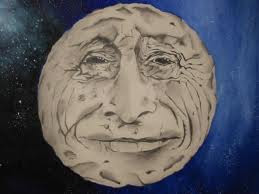 Of course the final question has to be, ‘What did the man in the moon have to say about all this?’ That we will never know because according to a reliable source ‘he came down too soon & made his way to Norwich. He went by the south & burnt his mouth eating cold pease porridge.’ RESULT: NO COMMENT!

IF YOU WOULD LIKE TO HAVE YOUR ARTICLE FEATURED IN OUR BLOG please send to
ITS BRAAP@LIVE.CO.UK