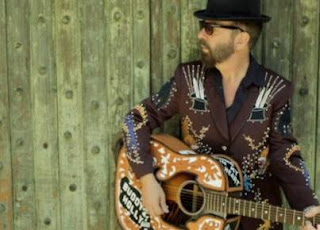 Everybody Dreams... Dave Stewart coming through!!

HOT OFF THE PRESS! OFFICIAL EVERYBODY DREAMS SITE LAUNCHED TODAY...click banner to the right... GET ONTO IT!

Pupils at Gladesmore School are excited by the news that the newly mixed version of Everybody Dreams is now ready. Dave has really made good with his promise to the children and produced what has been described as a ‘Transatlantic Radio Mix!’

In addition, the children performed live on stage this Tuesday in Dave's show for the ‘2012 Hours Against Hate-Walk A Mile,’ campaign which is part of the Olympic programme of events. The show was live streamed via the internet, going out to the USA. As a result even more famous people are coming on board to endorse the song! Check out the link below to see the kids perform with a live band.

The Walk A Mile concept is to encourage people to actively learn about different cultures, religions, customs, disability and gender lifestyles to help eliminate the dreaded ‘ISM'S’ through increased understanding of one another. The thought behind it is... if you haven't walked a mile in my shoes you don't know the path I'm treading, hence we are pretty ignorant of one another on the whole. This is a project fronted by Dave Stewart and Secretary of state, Hilary Clinton. Clearly it fits hand in glove with the Gladesmore Community School project which, by its very title, is directed towards giving everybody a chance to live their dream. 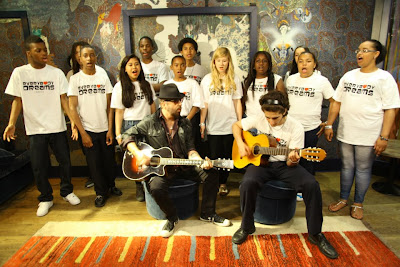 ABOVE: Dave Stewart performs with Gladesmore Pupils.
Dave Stewart’s involvement came about because of his existing links with the borough of Hackney, having previously had his own recording studio in the area. This, combined with the young people’s belief in what they are aiming to achieve, clearly tugged at Dave’s heart strings and he got straight onto helping with the track so that it would be ready for the release date, putting aside other important projects.

Following 'Walk A Mile,' the kids also performed as part of the Haringey Olympic Torch ceremony to bring their dreams directly to the local community, many of whom will have heard the song for the first time. These kids are so fired with enthusiasm and are great spokes people for their own cause.

Quick Update: Tottenham Hotspurs FC are continuing with their support and providing more information about the progress of this project on their website~ which is great to see.

More merchandise has been ordered and due to the amount of interest in the project Wayne Marshall and others were involved with having an official website built to encourage public involvement... We anticipate that this will help to take Everybody Dreams to a new level!!

Here are the links to accompany this article:

Link to the Walk A Mile Show: http://new.livestream.com/2012walkamile/londonolympicinspireconcert
Link to 2012 Hours Against Racisicm Site:
http://davestewart.com/secretary-of-state-clintons-2012-hours-against-hate-campaign-launches-the-walk-a-mile-olympic-program/
Link to Channel 4 NEWS!!
http://www.channel4.com/news/charities-fight-to-get-in-on-the-olympic-act