A Stitch in Time!!... Isaac Singer 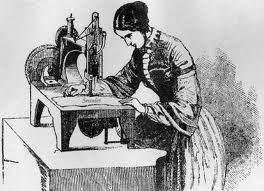 Isaac Merritt Singer was born this day in 1811 in Pittstown, Rensselaer County, New York to a German immigrant family. Isaac suffered with a complex upbringing due to his Father's 2 divorces and had an equally messy life himself fathering 22 children from his 5 'wives;' his final marriage lasting throughout the last 10 years of his life. Apparently he fathered 24 children in total.

Isaac wished to be an actor however he trained as a machinist first when working at his elder brother's machine shop aged 12, which proved a blessing as he went on to invent the most popular sewing machine of its time a little later on in his life.

Fact: the first patent was awarded in 1790- can you believe how long they have been around? Apparently the reason for Singer's success, besides having a good household product, was that he allowed people to buy his machine on HP and this commercial forethought enabled the advancement of the Singer Sewing Machine; with Singer ultimately becoming a huge company both in America and around the globe.

Interestingly, the first thing Isaac patented was a rock drilling machine in 1839 which earned him $2,000- quite a sum back in the day. Isaac used the money to form his own acting troupe,'The Merritt Players,' successfully feeding his passion however the company eventually disbanded.

Isaac Singer led a very eventful life setting up factories in France and Scotland, finally settling in the UK near the sea at Torquay where he died in 1875 aged 63. 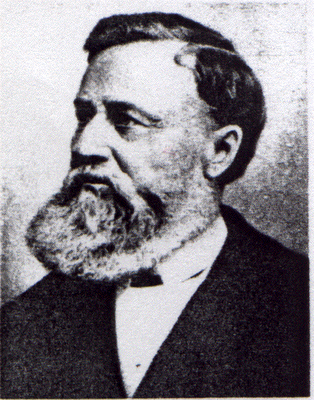 There is a great deal more information available on Isaac Singer which makes interesting reading.