SHUT UP! IT’S CALLED THE JEREMY KYLE SHOW FOR A REASON.... 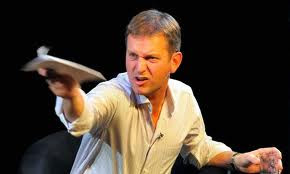 Once upon a time there was a nice TV presenter called Jeremy Kyle who hosted a reality show here in the UK -along the lines of the Jeremy Springer show in the USA. It was such a refreshing change watching Kyle’s understanding manner, the way he listened and spoke to his guests, treating them all in a decent manner whilst displaying empathy. Having watched shows in which the presenter was undoubtedly biased, leaving you feeling sorry for the people whose stories were presented on national... now international TV...it was a relief to witness... Soooo what went wrong?

I am guessing fame combined with the power to stand in front of an audience and play God. Having watched Jeremy Kyle in the States I was horrified to witness his whole manner. Jeremy Kyle is God of the stage without a doubt and has come to resemble the type of people he previously helped... maybe a form of natural evolution... if you live with a certain behaviour for long enough there’s a good chance you will replicate it! 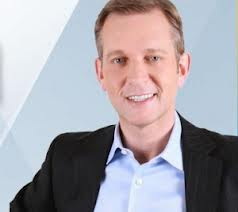 Jeremy no longer appears to have an understanding of personal space... instead he literally sticks his face in peoples’ faces and almost shouts at them. It is obvious whose opinion he favours by the length of time he allows people to speak. Heaven help you if he’s not on your side ... far from listening, Kyle cuts people off before they can explain their position and makes snide comments to them or downright nasty remarks about them, ‘ of course we can’t believe a word you say, those are the most shifty eyes God ever gave anybody.’ Not necessary- just adding a touch of 'below the belt' showmanship!

It’s a fact that Kyle’s behaviour has seriously deteriorated. This is the man who is supposed to be some sort of authority in human relationships and yes, he’s often a very good judge of the situation. Unfortunately, besides his acquired aggressive stance he also addresses people in a threatening manner. On several occasions he has told people that if they don’t behave as agreed they won’t be able to get away from him and has said more than once that he would follow them home! I find it scary that Kyle is allowed to ‘threaten’ people publicly and that it is deemed acceptable on TV- despite the fact we know it's an empty threat.

The other thing Kyle does regularly is to bring his personal situation into the public arena... as a father of 4 I would move heaven and earth for my children... yes Jeremy but despite your brother being a drug addict, you didn’t have such a bad life as this poor guest, nothing drove you to start using drugs aged 15... and if you did have a difficult upbringing you were blessed with inner determination to overcome. No wonder this poor guy couldn’t just give drugs up and no, he wasn’t just making excuses for his previous behaviour, facts are facts. The man admitted to his past and expressed his wish to change. WORK WITH IT KYLE!! No point knocking him for his past. Sometimes you have to start from the here and now regardless of how painful the past has been, making the present situation a mesh of hope and fear. Obviously the guy wants to change- why subject yourself to the ‘wrath of Kyle’ otherwise! 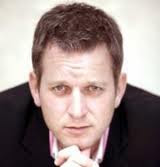 Maybe this type of chat show host should undergo regular psychological assessments to make sure that their personalities are not gradually being overpowered by that of the guests! Poor Jeremy Kyle... maybe you need a real holiday away from the extremes of life and take time to redefine your personality.