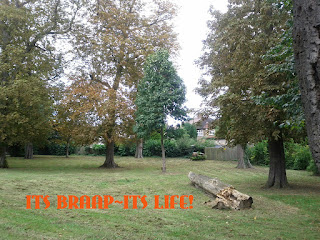 There was a time when a person’s word was their bond, probably going back to the days when only the rich were literate. A person’s word was everything and interestingly if you offer someone a job strictly by word of mouth that still holds as a verbal contract here in the UK- strange when you think about it; the way we need to reinforce so many things by having a witnesses to the fact.

We really should take our word seriously so that others know they can rely upon us. Many hearts are broken, not just romantically, due to unfulfilled promises and we do not wish to cause disappointment to others and let ourselves down in the meantime. Everybody knows how essential it is to think before we speak, particularly in stressful situations were an immediate reply is required; yet how often do we promises things without considering the consequences? It can be a good idea not to make instant promises but to come back to people later with a reply, especially when making a commitment before checking our schedules! If you promise to help out at an event and later find that you cannot manage it, the person is not only let down but may have lost other possible offers of help in the meantime.

Being reliable is a great asset to have in your personal specs! People will view you in a positive light and want to be on your team because those who fulfil their promises tend to achieve results more often than those who don’t. If we need something important done we need to consider the best person for the job and that is not necessarily the person with the most time on their hands. People with loads of time often delay doing the necessary whereas busy people will be more likely to schedule everything in.

There will be times in life where we are genuinely unable to fulfil our promises so it can be helpful to say things such as, ’I’ll try to fit that in later if I have time,’ when we hope to do something but are not sure what else might crop up. After all, there are many unexpected surprises in life ranging from running into an old friend or catching the latest virus! Both will take up valuable time one way or another. Sometimes we are given priority work unexpectedly or have deadlines brought forward which will need to be attended to and may leave us playing catch up. 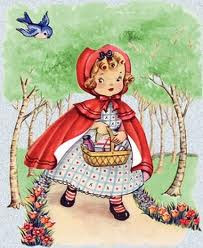 Little Red Riding Hood who broke her promise & the rest is history!!

Promises consist of words- during our lifetimes we waste many, many words; some in idle gossip, some in anger but a promise is one area where we can make good. Promises are so often made to smooth over a situation and we start quite young... how many times do we hear young children promising not to do something again? Sometimes all a promise amounts to is a guarantee of good intention but sometimes that is good enough. As adults we should be able to discern how much importance to attach to a promise and have an idea of what to expect.

Sadly, the greatest lottery of promises is that of marriage vows. Most people undertake these vows following a great deal of consideration however others get married on a whim. With marriage being so easy these days following the introduction of the civil ceremony and with our current attitudes in this throw away society, it is not surprising that vows are broken and divorce is on the increase. We expect so much from our life partners along with an increased expectation in every area of life- is it little wonder that we have such a sense of discontent with our lives and our partners?

Next time you go to make a promise do a quick mental check to see whether you are being realistic. With the New Year on the horizon we will all be making some resolutions which highlights the need for self control and determination. Some of us will succeed and some of us will give in! Whichever way it goes, ultimately a promise is a promise until it’s fulfilled or broken.

Email ThisBlogThis!Share to TwitterShare to FacebookShare to Pinterest
Labels: promises