Global Battle of the Bands!!

Global Battle of the Bands !! 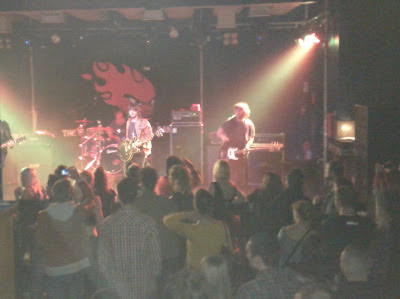 It’s been a very busy time and some exciting things have been happening. Recently I reviewed ‘Jack & The Beanstalk’... brilliant modern pantomime for those of you who wish to re-live your childhood with an adult edge!!

Another exciting event I went along to was The Global Battle of the Bands... what a buzzzzzzzzzzzzz... As a great lover of rock music whose greatest inspiration is the totally gorgeous & highly talented Lenny Kravitz... who, incidentally, has accepted the role of Marvin Gaye in a new film about Marvin's life provisionally entitled 'Sexual Healing' (apparently Marvin's son is unhappy about the portrayal of his father and has asked Kravitz to withdraw), I have to say this was a sensational evening. Each band had 8 minutes in which to perform, so most of them chose to do 2 songs. The standard of the music was very high with bands appearing from as far away as Australia- Heston Drop- who were seriously cool finishing in 4th place and Norway’s Xinfu District finishing in 6th place. Some of the bands had brought their fans along, the Irish band creating quite a stir.

One lead singer had clearly tuned into ’The School of Rock,’ or possibly believed he was related to Ozzy Osbourne, as he screamed insanely and moved amongst the audience... he even found an elevated alcove to display himself in... self-made pedestal!! That was the very comical low light of the evening.

Highlights on the other hand were numerous, from some amazing hair swirling by the heavy metal bands to the intriguing mixes that created exciting new sounds, almost new genres. Wanderlust from Cyprus had a very feminine lead singer and with a clever use of dischords created amazing dance music- highly original and intriguing. Another great surprise of the evening was a band from Lebanon who performed well & clearly loved their rock! 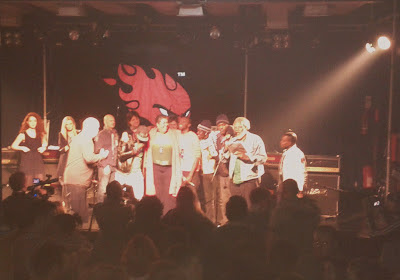 Some of the bands would appeal to the mainstream rock market having a highly commercial sound with one of the most surprising sets coming from the Bahamas. Their band, 'Stinkin Ways,' played some heavy rock whilst telling us to party hard which worked as the whole room was singing along. Man Felleow, from Romania, took second place with Di Blue Print, Jamaica taking well deserved first place. Di Blue Print took an original approach with their R&B Lyrics and fantastic harmonies, grounded in a rock however revealing a little electronic reggae... a brilliant performance witnessed by the Jamaican Commissioner came along to support them. Let's hope we hear more of this band who were awarded a recording contract- and I will add that the prize money was phenomenal. Final note: This is definitely an event to watch out for next year.