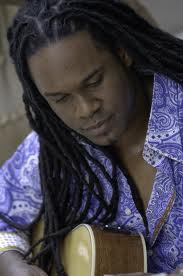 Today I am sharing a link to Kehv speaking about himself. Sadly, blogger will not allow me to share any video's directly at the moment and I have no idea if this will improve!

Here is part 1 of a 2 part interview I did with Kehv forever ago but it is still relevant!

BRINGING YOU THE BRAAP ON KEHV PRINCE OF REGGAE SOUL


Firstly I would like to thank Helen Morgan for arranging this interview and Kehv for giving his time and opinions so freely.


I thought we might start with your singles that are out Kehv and let the people know how you went about recording them, especially ‘Conscious Farmer’ which  has a very interesting video.’


All of the music on ‘Simply Kehv’ was recorded at The Impressionist Studio and mixed at the Metronome Studio. Out of the three particular songs you are speaking of I will start with ‘Conscious Farmer.’ The whole idea was to join the ‘doo-wop’ type of feel with the R&B old school type of staircase and outside in the park feel to a reggae swing. At first I was going to do it on a rhythm but the song itself wasn’t coming through so I scrapped the rhythm and I just decided to make up some oohs and wops and put that in the background with something simple, a little beat, and it took off from there and developed into something really magical.


Conscious Farmer has the real old Barber shop feel to it hasn’t it, very noticeable from the English perspective.


Right, exactly  and these are all the different kinds of things I really try to speak about as far as my influences in music go and I really try to add as much as I can without messing up the integrity of the music. There is something to say for just trying to do music ‘like this’ just because ‘I like it’ and sometimes the song itself can suffer just through trying to do something different. It’s a fine line and I found that out with ‘Conscious Farmer’ because that is a song that was written from before and I was trying to get it towards music but it just wasn’t working out. In the end I just stuck to the basics and did what I want to do and in this situation it really leant itself to the song.  I was happy that I could share that with people because at the same time I am dubbed ‘Prince of Reggae Soul.’ People wonder what that’s about, why am I considered Prince of Reggae Soul and this is one of the examples I would use especially as this hasn’t been done before;  I have never heard of a Doo-wap reggae song before. I think it’s ok and people are enjoying it.


Agreed, the music has a very fresh that delivers a clear message.


That’s the piece of the music that I really love, when you step out in faith and do certain things from the heart and it translates, I really like that and I’m happy about it. It was recorded in that sense, it was start stop, start stop, start stop and as the album was coming to the end I just went simple and said ‘you know what, let me just be simple and do what I know I can do’ and my friend and I actually did the background doo-waps and so forth. His name is Damien Reynolds and he was part of a singing group I was involved with from the earlier part of my career called LED, Love Energy and Destiny, a group that formed out of high school and we did a lot of R&B and so forth. It was really bringing in what I did before and mixing it with what I do now.


Why did you decide to involve children in the video?


Well, a seed is the most infant stage of anything, so when I speak about planting your seed and letting it grow it’s about the kids; it’s about us because we were grown from something. It was based upon how certain seeds were planted and were grown, we were raised up to adults. The things that we did throughout our childhood and the things our parents did with us through the years have never left us, so the way we sow we reap and it’s showing the full cycle and circle of life. What you reap is what you sow, that is where it came from, we were once little things (Laugh!!)


Distant Lover was an idea that I can up with, the obvious piece of the song is the message of lovers being away. During the Myspace days I had a lot of people that were really in tune with how I was moving and what I was doing and that felt good. It‘s not necessarily ‘lovers persae’ in my category as far as this song goes. It can be applied yes but it’s almost that illusion, imagine a world of illusion and you feel a way about a person and it’s in this world. It’s not happening in the physical, it’s like it’s almost in a box. You feel that distance, you feel that push and pull and you feel that closeness. You know.


Yes, and It’s a security too because it can’t go too far wrong when it’s in a box either can it, so how did the song come about?


Right, that’s a good point. That whole piece came about because I heard a rhythm from Sugar Roy, so my manager Helen got in touch with him and let him know what we wanted to do. We moved forward with the song and just recorded it. It was one of those songs that really wrote itself.


It was an effective to contrast wasn’t it to Conscious Farmer because you worked really hard for that particular song and this one’s on the relaxed side so it’s completely different, people can relate to it.


Right, exactly and that’s the beauty about making music because each song tells its own story and what I’ve learned from producing is that you give a song what it needs and don’t make it sound a certain way if it’s not asking for it. My intention is to approach my take with music by saying I’m still learning, so as I approach it I am not afraid to say ‘that doesn’t sound right so we have to do it again.’ At the end of the day music has to give me the feeling that it’s easy to digest. When you cook good food you swallow it easy and it goes through your digestive system nicely without any issues or problems or drama. There are some songs that I have worked on before that take a long time to find that ease of digestion, so Distant Lover was a gift I would say and I get a few gifts all the time because creativity comes from one source and sometimes when we are in tune we can pull from that well a little more easier than when we’re far away. I call those far away times the wilderness; there are times when we are in the wilderness and you have to learn a little bit more before we can open up again to the source and then you can pull from that well again. At that time I was in tune with a lot of things and the song came very easily for me as far as Distant Lover goes, and that was recorded at my home too in the studio.