ITS BRAAP~ITS SUMMER!! 'Indication of...' by Curtiz Melody!!

You are advised to check this out quickly as Curtiz is only making it available on Soundcloud for a limited period prior to release.

Once you hear this track you just know summer's in the air regardless of the weather!! In fact, the vibe is so strong that if the word summer wasn't mentioned you would still get the message... it's an indication of~

This song is very catchy and energetic~ just like Curtiz' personality which certainly comes across in the lyrics. Curtiz is a former tug boat captain turned cruise entertainer, travelling aboard ship to Los Angeles and Mexico in 2002. An upbeat artist who loves classic reggae such as Studio One and Lover's Rock, managing to slide in a reference to Third World... listen out for a mention of 96 degrees in the shade. To read my interview with Menelik Shabazz  film director of 'The Story of Lover's Rock, follow the link! http://itsbraap.blogspot.co.uk/2012/06/ib-making-it-happen-interview-with-film.html

'Indication Of' brings out a more international aspect of Curtiz' music, leaving behind his native 'Trini' roots, a true Calypsonian with a few competition wins in the 90's, to produce a song that sounds like a 'must play' for Barbeque parties in the USA and beyond! 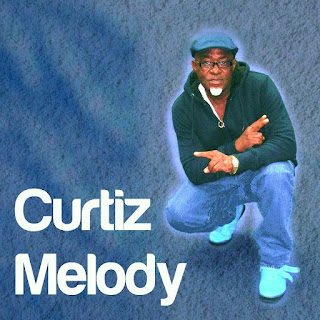 Travel is high on Curtiz' agenda, touring the UK for over 3 months last year with roots reggae band Mizzi. An Indication of was recorded in Bulgaria at Studio 367, so time has moved on! This track was engineered and mastered by Petko Georgiev-Peko, a highly skilled Bulgarian producer and it is on the, 'Soul Suckers' riddim.

Curtiz just loves music listening to Swing Out Sister, Frankie Paul, The Police and Steel Pulse on his personal play list. Having a broad musical taste, he enjoys trying out a variety of genres, this song being an indication of his versatility! This song is definitely Braap and let's wish Curtiz well and hope he has produced a summer hit! Curtiz is also a cartoonist, so maybe we will be able to share some of his sketches with you too!

Email ThisBlogThis!Share to TwitterShare to FacebookShare to Pinterest
Labels: 'curtiz melody';'indication of'