Placido Domingo - Somewhere over the Rainbow

Yes we're back to the eternal rainbow which I blogged about recently in poetical form.
I just came across this particular version of the song and it is musically so rich I thought it worth sharing. Isn't it a great thing when the familiar takes on a new dimension and in this instance the song impacts so powerfully that instead of visualising the rainbow as bringing us blessings within this world, I found myself considering this song as a bridge to next, and what an amazing song this is to accompany that transition. 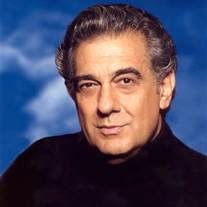 Placido's version is glorious and what an incredible lease of life this song has had, being used in a children's film yet having the ability to inspire so many people and generate version after version. There is something about this song which is as mystical as the rainbows it refers to. So press play and add a little magic to your day!