Getting up this morning I feel compelled to write something about the Journey To Justice launch which took place last night. This is not a review – I am still thinking about ways of reviewing this outstanding event, more a way of summarizing my thoughts resulting from such a thought provoking evening- also in the hope that you will start to seriously consider how you stand in relation to social justice and self justice- are you making the most of your life or held captive in one or more areas of your life?

Question: Do you really understand the power and effect a group can have over that of an individual?
If you were to say that actually individuals have a huge effect you will soon realise that they generally do not stand alone. The charisma of a powerful speaker is guaranteed to create a following and it is the power of the mass that forces change. Look at any powerful leader from Jesus to Hitler or Martin Luther King, they are leaders because they have followers who latch on to their ideas, provide physical support and use the power of prayer/thought to instigate change. They will contribute ideas and eventually create full blown campaigns which can result in terrorism and war.

Kakenya Ntaiya's story I have blogged this before because it is an unbelievable story of one young girl's wisdom and courage which led to change. Kakenya provides us with an individual's considered approach to peaceful campaigning. Kakenya negotiated within her very powerful tribe of proud African warrior,s giving up her human right and accepting female genital mutilation in exchange for an education. Her continued campaigning opened the doors providing education for all girls in her community. If Kakenya can do this, what can we achieve collectively? 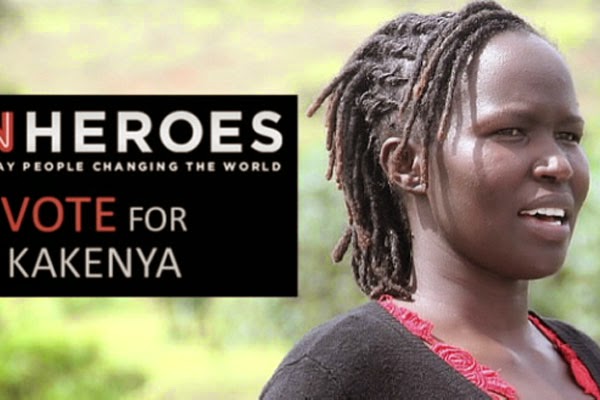 The same charisma and power is often generated by pop stars and this is not to be taken lightly. Pop stars influence entire generations so let’s remember Michael Jackson with respect and a humble attitude letting go of any judgemental thoughts. A man who brought us ‘Heal the world,’ and ‘The man in the mirror’ clearly had the deepest understanding of humanity and the fundamentals necessary to provoke change- and I chose to use ‘provoke’ because change does not occur without a good prod!

All leaders come from the same place, whether it’s for good or bad, and that is a place of passion. Passion is not an emotion, it is an overwhelming need that drives us to action and with passion you have a far greater likelihood of success. The passion emanating from all of the acts last night, including the film clips, sealed its success. When you walk away with any form of renewal- whether it’s joy from witnessing the grace of a ballerina,  some new creative business ideas following a seminar or an almighty challenge- having lived and breathed the Journey To Justice event for a few hours, you know that this experience is part of your personal journey~ If you’re wondering how joy fits in, it’s infectious and helps us share good vibrations.

I will be blogging different segments of the launch, Campaign led by Carrie Supply (Director) and Mark Hutchinson (Chair.) I felt the diversity of the programme alone was somehow backing the diversity of social justice issues. We were touched by singing, dance, poetry, history and even short films. Campaigner for women’s and girl’s rights, Leyla Hussein, delivered a very poignant ten minutes as key speaker outlining the effects of female circumcision and the need to safeguard children within the school system. I was privileged to sit beside Leyla for the evening and can say that her power and determination clearly come from within- ~IB~ will definitely be bringing you the Braap on Leyla and her campaign at some point in the near future.

To discover other celebrities, individuals and groups who contributed to this launch, held at the Conway Hall look up:  Journey To Justice Launch and check out the Journey To Justice Website. Incidently, the original £10 has risen to over £5000.  Donate & Keep up to date!!

I believe that there is a real need to take this campaign round the country and educate people about the level of social injustice within society today. It’s a growing problem as more things come to light and no-one can plead ignorance however, knowledge and an official platform give us the framework within which we can help as individuals. Very often the reason people do nothing more than throw into the charity pot is simply because they do not know of any other options than giving money, signing petitions and assisting in charity shops. This has been a monumental failing which is nobody’s fault, but Journey To Justice has picked up the gauntlet and created a window, or door that we can step through, Initially contributing money to fundraising is important to establish the road show but later we will all be able to be involved, making suggestions from which solid actions will spring.

Right now and highly appropriately the radio is playing The Hollies, ‘He ain’t heavy, he’s my brother.’ That tells me it’s the best time to finish- I’ll post the song and it can start the ~IB~ Songs vibrating sentiments supporting the J To J Campaign! Do listen to remind yourself that we live in a worldwide family full of brothers and sisters who NEED YOUR HELP.

CHALLENGE: If you would like to write an original poem for J TO J contact: itsbraap@live.co.uk
Posted by ITS BRAAP ITS LIFE !! at 13:39

Email ThisBlogThis!Share to TwitterShare to FacebookShare to Pinterest
Labels: 'journey to justice;'fighting against social injustice.;fight against female fgenital mutilation;'safeguarding children in the uk';'jaz mckenzie writings and poetry'