Football From A Different Angle!!

For the past few weeks football has dominated the world. The World Cup is drawing to a close as I type so this is a good time to think about the non sport aspects of the game. Football unites and football divides- it just depends whether your team is winning or losing- speaking of which, I heard that the drink 7 up has been banned in Brazil!!!

Enjoying football with a bottle or more of beer has been a standard pastime  for many years,crossing the rich/poor divide and such universal adoration of the sport has led to it becoming known as the beautiful game. I was however slightly surprised to see it given a mention in a book of First World War poetry. I believe football was important to the soldiers as a way of staying in touch with reality and whilst winning is the aim of football, the act of getting home safely was as important to the average soldier as winning the war. Memories of family life and every day activities gave hope to the soldiers who were dug into their trenches and experiencing the horrors that nobody on this earth should have to experience. 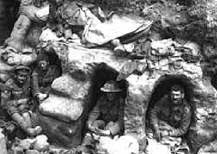 The following poem, 'Breakfast,' by  Wilfred Gibson (link) provides a first hand insight regarding life in the battle fields. It is just so human, everyday happenings from life a focus in the midst of war. This description is so full of life, in the midst of death, and charged with character. It also shows how strong our survival instincts are, especially the desire to continue hoping in the face of death.

NB:' Dropt' is the original spelling 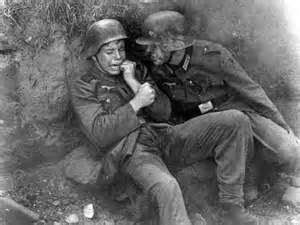 I find it interesting that Wilfred steers clear of emotion yet the emotion is present through its absence. Here's Wilfred eating his breakfast in the middle of the war, witnesses a domestic discussion in the middle of which his friend's mistake costs him his life which is almost dismissed because the soldiers over-riding need is self preservation in the return to protocol. The fact that Wilfred wrote the poem shows us how deeply the loss of his friend Ginger really affected him. I think this poem shows us the true meaning of 'less is more.' A thousand words couldn't bring more depth or understanding than these short lines.

And to summarise, Germany lost the World War but just won the World Cup!