~IB~ Introducing Dreama & his cover version - ALL OF ME


Do not underestimate Jamaican artist Dreama who has brought us this beautiful Reggae cover of John Legend’s recent hit, ‘All Of Me,’ doing justice to John’s wonderful and lyrically clever song.  This popular Reggae style however is not a typical reflection of Dreama’s own musical style. A lively artist who, aged 17 and performing under his real name Jay McKay, attracted legendary producer Dave Kelly’s attention, maximising the opportunities he was given; collaborating with world renowned artists including Dancehall icon Beenie Man, with whom he had a hit with, 'Dick.'

Dreama's versatility is apparent having collaborated with Hip Hop artist Foxy Brown on a few tracks and both Foxy Brown plus Baby Cham on a track called, ‘Party Hard’ which appeared on a soundtrack for the movie ‘Blue Crush.’ Despite some initial success Dreama has decided to push his own identity hence the change of name to reflect his dreams for a successful career. 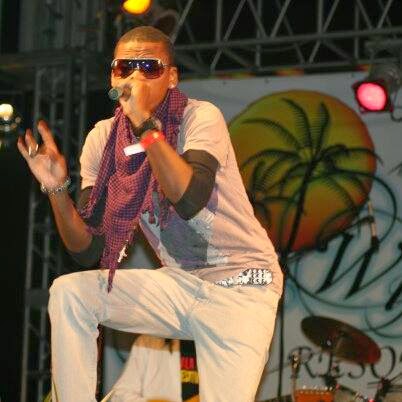 Currently Dreama is working with several highly rated producers to expand his own brand of  music and gain credit as a solo artist. Dreama is focused on building his name and fan base, currently experiencing renewed success particularly with his single ‘You Alone.’ To hear more of Dreama check out his Mixtape Idol where you will experience his versatility of style.  Dreama's Mixtape; 'IDOL' and for up to date info link his facebook! Dreama Facebook

If you would like your music considered as a feature for ~IB~ send to: itsbraap@live.co.uk
Posted by ITS BRAAP ITS LIFE !! at 18:40