Revolution 2.0 ‘The Revolution Will NOT Be Televised’

I explained in my previous blog that the Journey To Justice Launch was phenomenal and I felt it insufficient to roll everything off in one little piece of writing. When it comes to Justice ~IB~ HAS to do it Justice, which you will understand when you play this powerful video- The Revolution Will Not Be Televised 2.0- if this does not hit you in the gut check your pulse to see whether you’re still alive! This film was presented by Gary Flavell who is the editor for Exposure youth Media who created this modern day work of art.

You can feel the power of this revolutionary vibration, a re-working of Gil Scott-Heron’s poem, ‘The Revolution Will Not Be Televised’ which was recorded in 1970 on his album ‘Small Talk at 125th and Lennox,’ Gil's original version was recited to the accompaniment of African drums.  Gil was an outstanding poet and this particular work was for Black Pride, speaking about the revolution of blacks in white America. Gil's commentary was about everyday living and the insidious ways white supremacy affected society. The expectation Gil portrayed was that ‘Black people will be on the streets looking for a brighter day,’ finishing with the line ‘The revolution will be live!’   Gil Scott Heron,'The Revolution Will Not Be Televised'

oday the poem has been re-worked presenting as a short film. Musically Revolution 2.0 is reaching out to the core of younger people who need to be involved, sourced from the current trend for electronic beats. ‘The Revolution Will Not Be Televised’ strips the norms of society and our twisted values to the core.  Gil's poem has been adapted, orated as genuine London rap reflecting society as we know it; with references taken from today’s news, yet it remains very close to the original lyrical content- kudos for a skilful piece of work. I love the references to lady Gaga,  One Direction, Kim Kardashian, Kate Middleton. modern news stations and    –  ‘the revolution will not be finger licking good,’ a phrase we instantly relate to that means nothing to some of the world’s poor- an awareness that we need to maintain whilst looking at the problems facing different sectors of our society. 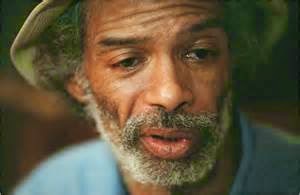 This is actually an on-going revolution and with the number of problems affecting the majority of our multi /cross racial communities,  let the truth be told- ‘The revolution will not start after 30 seconds...’

There are so many current references throughout the video both lyrically and visually that you really need to watch it several times just to scratch the surface. I really appreciate the fact that this poem has been chosen as it is filled with passion for the injustice experienced by so many. This line shows you how a black revolution can be taken in true spirit and applied to the masses- ‘Because the 99% will be out on the street looking for a brighter day.’

I would urge you to join this revolution that started as an undercurrent in society led by those who wish to make a difference- but it still needs support from the streets. Obama became president because he reached to the people and they happily contributed anything from a dollar up, so let's remember that. You can check out the Journey To Justice Website and see if there are other ways that you can help to make a difference and join the fight for all our rights.

Email ThisBlogThis!Share to TwitterShare to FacebookShare to Pinterest
Labels: 'modern day revolutions';'the revolution will not be televised';'journey to justice';'the people fight back'