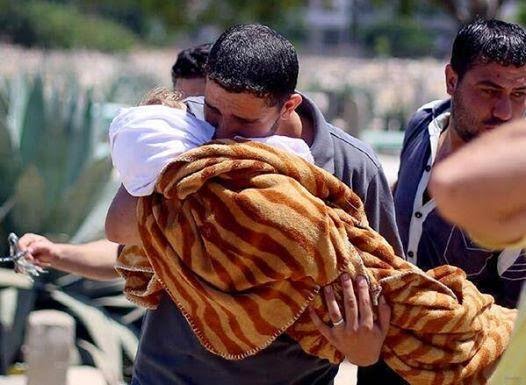 I was very surprised to see this beautiful, well written poem as I had no idea Nazrana wrote poetry! It's a clever piece of work, touching you deep inside as the Father/Child relationship is delicately described, reflecting the bonds along with the beauty and innocence of the child. The shock factor is great, emphasizing both bewilderment and disbelief as the Father is not only facing the loss of his daughter but holding her lifeless body in his arms.

The One Who Called You Abba

I see your vacant eyes ... As if stillness will make sense of the pain exploding in your heart.
I know your heart filled with joy when she entered the room, she walked with the lightness of an angel and had a carefree bounce of innocence.

I know your heart skipped a beat whenever she turned and smiled at you and called you Abba.

I know your heart soared with pride when she asked you to put her on your shoulders.

The curl of her hair, the rosy perfection of her cheeks, the depth of life's beauty and perfection reflected in her eyes ...

How can you make sense of the wrenching pain within you as you look down and hold the lifeless body of your daughter ... The one who called you Abba.

Nazrana is South African and always walks with hope in heart and the belief that we make a difference and as a result will experience change.

'As a teenager and young adult in the 1990's I marched for Palestine's freedom, I joined the masses in the streets of Johannesburg in the early 2000's hopeful for a change ... I marched with tens of thousands in Hyde Park desperate to stop the war in Iraq ...

It saddens me that after all these years I will be marching with my children aged 7 and 4 ... the freedom of the Palestinians seems elusive ... but I have hope that my children will see the wonders of humanity unfolding for Palestine as I did when Nelson Mandela walked out of prison and made a change for South Africa... I am hopeful ... Join us on Saturday' .. Nazrana 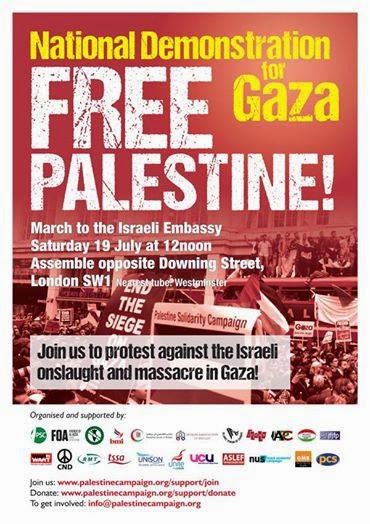 This is another aspect of seeking justice and a practical way people can join in to fight for other people's rights.

Email ThisBlogThis!Share to TwitterShare to FacebookShare to Pinterest
Labels: 'demonstration for gaza';'poem about palestinina atricities';'love and loss'