Give Thanks~Feel Joyful WK 28- The joy of Poetry 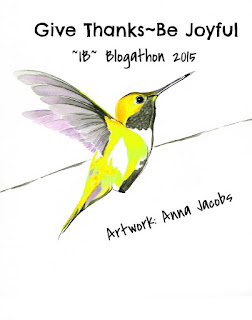 I GIVE THANKS FOR POETRY

I love to write poetry and have been doing so for many years. It’s a gift I didn’t know I had until a baby at our nursery, Zachary, died of meningitis one Christmas Holiday which was a total shock to us all. We were asked to write down our thoughts and I was in the bath pondering this when a poem started to flow- so I jumped out and wrote it down. Sadly I cannot find any copies of it and guess they were lost when the computer blacked out permanently. I did send a copy to Zachary’s parents and they were very appreciative of the way their young baby was portrayed. Since then the quality of my poems has progressed and I am currently immersed in editing and re-editing ready for publication.

Poems require imagination so in a way I’m following on from last week’s topic. You have to employ imagination to write a poem otherwise the hard facts would be indigestible. The way we use words in poetry are the same as the ingredients in a great recipe. You can have the basics however it’s the use of herbs and spices that make a dish distinctive. This applies to writing where skilfully used words can conjour up great images:  that is why I have coined the phrase, ‘Word Magician.’

Where does imagination come from? Usually when I am writing a poem it’s either totally spontaneous- actual example, ‘What shall I write a poem about today as I need a new poem on the blog- I know, it’s Thursday so I’ll do one about Thursday (Link)- or they can be pre-meditated. With pre-meditated poems I only ever have a sketchy idea or first line. For instance, soon to be shared, ‘Billboard Perfect,’ a poem inspired by German Zwanik’s portrait of actor Paul Van Beaumont, sprung from the graffiti Paul was depicted painting – why else would a ‘soon to be great actor’ pick up a spray can? Imagination generally springs from associations within the mind but very often we don’t know which direction the poem will take. Once upon a lunch break I saw a tow-truck on one side of the roundabout with a car attached to the severed rope on the other side. This resulted in a poem about domestic violence entitled ‘Who broke the tow rope?’ which studied the dynamics in a violent relationship. I had no idea how it would turn out: Actually I thought it would be about mental abuse but it went down the route of physical abuse and whilst I thought the victim would free herself, she failed to do so.

Poetry is granted what we call ‘artistic license.’ You can bend the rules so I bend my rules, using occasional profanities if called for- hence I’m not sharing ‘Who broke the tow rope?’ I love it when people discuss the rules of poetry- I wrote a poem about the fact that there are no rules- another one that bit the dust! In my mind a poem is what you make it and doesn’t have to rhyme or have a fixed number of lines to a verse. I have probably written sonnets but unless I Google it I can’t recall what a sonnet is- now, let me go and revise that so I’m no longer ignorant.

What’s my understanding of poetry? There are many different types and languages used and it’s all a matter of personal taste. Poems can be quite amazing and so often comes from a place beyond ourselves. This is why I sometimes look at my work and think, ‘daaaaam how on earth did I write something this complex?’ The depths of our minds are unfathomable and we do not know what experiences lie within the subconscious or what ideas are planted by forces outside ourselves.

How would I define poetry? The true art of lexiconism, juggling and conjouring words until thoughts are processed into a piece of written or verbal art for either private or public appreciation.