Flying With Mozez~ Mozez speaks about the UK Music Industry 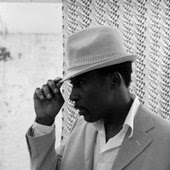 Mozez, successful recording artist and founder of Newman Records has his say about the UK Music Industry:

'Let’s start with America. From a black music perspective America has people like Dr. Dre. Those guys are entrepreneurs in their own right and have their own companies so they are able to get the music they want out as opposed to the music that the bigger companies will allow. Here in the UK you don’t have that as everything surrounds the big music companies; so what you hear on the radio- whatever it is, is primarily what the bigger companies allow. In America they have their own companies, mechanism and money whereas here I can’t name one person who has a number of artists behind them and managed to do that for themselves, .

I am talking primarily about scales. Here in the UK we have 60 Million people whereas America has 280 Million or whatever, but there should be some semblance of equilibrium or equality relating to how the music world is set up- but there’s none. It is very introverted here and seems like a family that you cannot get into whereas America allows opportunities, so people leave here and break through over there whilst it’s seldom the case that people come from America to the UK. Why is that! It’s because America provide opportunities for talent and I guess it’s a more open field- That’s how I look at it. I tend to think that the UK is very much more introverted and the music community is very small.

When speaking of the UK music industry most people think of Simon Cowell. Although people knock him, Simon has pushed forward his thesis, his ideology and there is nothing to counter it, but really there’s space for Simon, and alternatives. You have to allow freedom and Simon is free to come up with any ideas he thinks of and he has put them forward. By doing this Simon has controlled the whole of the marketplace but you cannot knock him for that.  He provides opportunities for people- but what about the other ideas? There should be something rivalling that in terms of good companies saying, ‘OK, Simon’s doing his thing but this is what I’m thinking.’ You have to look at it and acknowledge the fact that Simon provides an opportunity for thousands of kids coming through; but the industry shouldn’t be all about that kind of music. It seems as if pop is all that music is about. There’s no alternative- it’s that or the Beatles, especially Paul McCartney and there’s no middle ground although Cold Play’s here as our ‘representative original band,’ that has broken through and become powerful. We can talk about that later but we’re looking at a world of big companies monopolising music while little companies are trying to break into the UK market.

In America there are thousands of little companies who are getting through and selling records but here you don’t have that sort of opportunity so their music sells on a very minor scale. Everything is geared around bigger companies and we need to find a way to change that. We have kids who are really talented, well trained and have a good following but they find it so hard because they can’t go to Simon Cowell- he won’t be a part of their world and bigger companies won’t take these acts on anymore. As a small person you have to have 20K people knowing about your act and you need your album done before they will even think of dealing with you. They just don’t take people on from scratch anymore. The artist has to grow himself to become recognisable. It would be good if someone like Ed Sheeran who is known and has their own label would invest in unknown artists and really get the power to put someone in the number one spot.

The music business is in a state of flux at the moment as no-one really knows where it’s going. Even the bigger companies are trying to figure it out, but someone has to take the reigns and push it further ahead. The small guys in America have come up with Tidal in a bid to rival iTunes but it has a long way to go. Again, you don’t have much flexibility when trying to sell records because it’s all tied up as iTunes, Google and Spotify control the market place. It is very difficult to set up your own record company and come through. For instance, say you make a record and sell it at £10, you pay for the studio, create the record, do everything to make the record ready for sale. Then you have to find a distributor who will take about 20% of the value and then you have to sell it through iTunes or similar who will take roughly a third of it, so you would be lucky to end up with £5. Where singles are concerned, as a small company it costs much more to produce than the selling price of 79p-£1, so you need to sell volumes, but it’s difficult to do this as people are downloading it anyway. If you create a single and say ok, I’m going to sell 50K copies of this single you would almost have to have a number one because people are downloading it. You have to appeal to the righteous- those people who will actually buy!

In this business you have to generate an audience and that’s what we’re trying to do at Numen Records. We produce good quality music and create good quality videos and hope they will appeal to people and that they will buy our music and support our label.'

Next Week: It's fun time! A little quiz to get you guessing how well you know Mozez!

Word Magician, Poet and Writer. Contact me for a professional review or bio that will be presented in my original, distinctive style to help create YOUR desired image. itsbraap@live.co.uk
Posted by ITS BRAAP ITS LIFE !! at 11:42