Flying With Mozez- His visions and Astral Travel! (series)

I was surprised to learn that Mozez has frequent visions and out of body experiences, a subject of great interest, so I asked him to describe how and when this comes about. 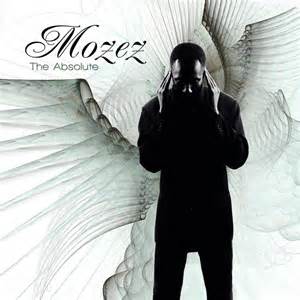 'For me there’s no actual format to it. I’ve realised that there are two different types of experiences that I have. There are times when I can actually hear, like a voice telling me about whatever I’m seeing, and I know this sounds strange but it’s an interpretation of my vision. There are other times when there’s just complete silence. When there’s complete silence, the images are generally black and white- I’ll close my eyes and then I’ll see like- people living, just normally, and I will see them clearly. The other day I saw a woman and I knew I was in New York. I could see the ground and it seemed as if the dew had just fallen and in my head it was seven A.M.  going on eight. From where I was I could see the light flickering from the water that hit the road and little yellow and red things flickering at me. The rest was black and white, just these little lights flickering through. The woman was dressed in a polka dot dress and she had two dogs with her. I could see her from the back and she was walking and turned round another corner. I could hear someone saying to me, ‘you need to go and talk to those dogs.’ Strange- strange you know, but I didn’t. Basically I sat there saying why am I seeing these images? Why am I seeing these various different things?

There are tons and tons of these experiences and I've written many of them down. Sometimes I see myself on a train travelling somewhere. Sometimes I see people from all different walks of life. I’ll tell you a strange thing:

About six or so months ago I was lying there and I heard someone say to me, ‘You left a car at Liverpool Street.’ I don’t have a car you know, and I said to myself, ‘what kind of car?’ Then when I closed my eyes I could see an old white car, I thought it was a Mercedes and it was parked beside the road. I said to myself, ‘why am I seeing this car?’ And in the dream it said, ‘Go to Spitalfield Market.’ So I was telling Mari (Mozez partner) and she said, ‘ you’ve got to go to Spitalfield Market.’ I didn’t even know there was a Spitalfield Market at Liverpool Street- I really didn’t know. So I went on the internet to look for it and found it, so I said alright. I really was reluctant to do this but Mari said, ‘let’s go.’  So we went down to the market and we were walking around and right in the centre of Spitalfield Market was this old, white Mercedes parked right in front of a shop with two manikins in the car seats. When I looked it was the same identical thing I saw in my dreams, so I went in the shop and I said to the guy, ‘how long has this car been here?’ He said, ‘Why are you asking me that? This is an extremely old car and it was owned by someone- I forget who, way way back, we’re talking about a long time: when the market was being done they decided to put the car there. All these little things, I don’t know the importance of, but again in Liverpool Street I remember seeing this lady about two weeks before it was mentioned in the news- a story about a Roman lady buried under Liverpool Street Station. I was there lying on my bed and this woman came, talking to me. I forget what she was saying but I know that this woman was saying something to me. I was telling Mari that I know that I was in the market because I was seeing the surroundings and I’m saying, ‘why am I seeing this?’ Two weeks after we were watching this programme and Mari was saying, ‘That’s the woman, that’s the same woman because I remember telling her the identical thing I saw and Mari was saying it’s a spirit basically. So I realised that what I’m seeing has different elements: some of them are spiritual beings basically and I know that some of them have passed on. I know that and at times I get a whole different spectrum and I know that sometimes someone up there is trying to tell me something. I have lots and lots of different incidents and I will definitely share some more.'

A verbatim record of Mozez description of a couple of instances. Mozez says that these things often occur when he is sitting or lying in a dark room and that he doesn't necessarily have an interpretation of the incidents. The whole subject of astral travel is fascinating and personally I have only ever had one experience many years ago which I can still recall briefly. If you have had one yourself and wish to share, please use the comments below or email to: itsbraap@live.co.uk

Next time we will be considering a line from Mozez track, 'Planets- 'If from love we are fallen, then by love we will be saved.'