SERIES: Flying With Mozez~ Reggae in the UK & Europe

Continuing our series with Mozez of Zero7 fame. Mozez was a singer from a very young age born and brought up in Jamaica. He is well travelled and has resided in London for many years now. We are covering a range of interesting, associated topics so recently I asked Mozez to give his views as to why Reggae is more popular and successful across the rest of Europe than it is here in the UK. 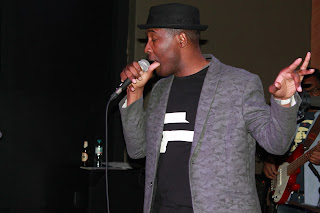 My personal view is that Reggae has a bad name in the UK. This is not the fault of someone trying to make Reggae look bad, but has arisen because of the way Reggae has been projected in the late 80’s to early 90’s.

When Bob Marley was popularising Reggae that was the zenith of what Reggae was about. Look at Peter Tosh, a totally different person from Bob Marley and a man who would speak his mind. But what happened to Reggae after that? To me, a group of people destroyed what Bob, Peter and those other guys had set up basically by being totally imbecilic in what they’re projecting, that's as far as I’m concerned.

OK, you’re fighting against prejudice but you go about it and speak about it in an intelligent format- whatever it is you want to get across, but when we come to a point where people are degrading other people, then people will always kick against that. You have your philosophy, 'music is freedom,' so to me you preach your philosophy but it must be within a remit where you don’t abuse people. You don’t speak about killing people- whatever the music is projecting you need to project imagery of wholeness, as far as I’m concerned, because that’s what music is about. In the late 80’s to early 90’s there was a periphery of people who changed the whole approach to what Reggae was about. They changed the whole thing- you look at Bob Marley and you look at Yellow Man and they’re worlds apart in terms of message, in terms of what’s being projected and in terms of lifting the people. Reggae is a great form of music that has come from a small nation of people, and the whole idea of Reggae was to deliver people consciously from the mentality of slavery that Bob Marley talked about; giving not only women but whoever is suffering a higher sense of being. That’s what the music was about but it has changed so much and become something primarily about self justification. I’m not saying that people shouldn’t have the freedom to express themselves and how they feel, but I think that when it has come to a place where the music has been taken totally over by that sort of ideology it diminishes the whole thing. You cannot reason that Britain should allow that to happen. Britain isn’t justified in allowing this- there should be a little more freedom in terms of what is allowed but you can’t, at the same time, encourage the type of music that was coming out of Jamaica at that time. Now I think it is changing to a better state.


Regarding Europe, going back to your primary question, I think Europe still looks at the older Reggae. That’s my personal opinion, and they still have this idea of what Bob Marley was about, the imagery, so they still look at the music from that perspective. I might be totally wrong! Also, the guys I see who are successful with Reggae in Europe are the older guys, the older bands basically. I don’t think the newer form of music is as successful as the older form but I stand to be corrected- but the bands I see in Europe are the older bands. The guys who play culture are the bands who carry the power around and I think that Europe still looks at that type of music with a sense of  beauty about it; but that’s just my personal feeling.

Coming next time: More of Mozez and his visions.

Note: If you type 'Flying with Mozez,' into the search you will easily find past articles including my review of his album 'WINGS.'