A Night of Urban Spice- What a Treat!

Team Urban Delight recently launched their new venture, ‘A Night of Urban Spice,’ in conjunction with DJ Spice- Groove Radio, at the Leilani Restaurant and Ashanti Lounge Bar, Battersea. This is an historical move as the venue previously hosted U.D.E. events on a regular basis and are now returning live and direct. 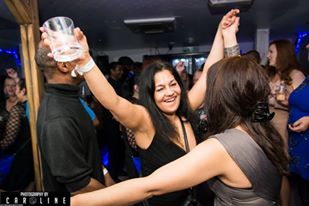 The Ashanti & Leilani restaurant/lounge has been remodelled since the early days and has distinctive areas for dining (upstairs) and chilling, including a smoking area for those so inclined. My colleagues and I enjoyed some excellent food including chicken, jerk chicken and fish in the relaxed upstairs  retaurant environment. By contrast, the UDE event took place in the more enclosed downstairs area, becoming very busy as the evening progressed. Note; seating is available downstairs.

Showtime: Nahum Effick instantly Beatboxed everyone to attention, opening the evening’s live entertainment with a slick, jaw dropping performance. Nahum exploits his incredible talent and everytime I hear him I’m left with the over-riding question- ‘How does he do it?’ In fact, I heard a couple of people asking that same question. Nahum was followed by Les McNeil, member of very successful British Reggae Band Tradition. Les sang a trio of popular songs, to the audiences delight as they joined in...’ I promise you every little beat of my heart!’ I have to say, Les gave a beautiful rendition of Tradition’s songs, wonderful to hear, especially as his voice still retains all its qualities. 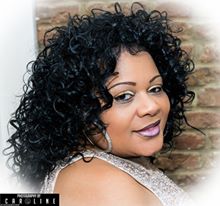 Up next- Winsome Moncrieffe Mitchell, one of the warmest people I know; who embraces that warmth within her voice. Winsome unleashes her vocals powerfully at every event from The Giants of Lover’s Rock, O2 to local shows around the UK. Urban Spice was no exception and having sung her token tribute, ‘I am Blessed,’ Winsome moved easily to her new release, ‘Something About You.’ Winsome’s songs are easy listening numbers with a feel good vibe although they are based around challenging themes! Winsome concluded with ‘Hurting Me,’ a song recorded with the group Family Love and a favourite of mine.

Unexpectedly at this point there was a long break as some technical difficulties proved difficult to resolve! Eventually the live show got back on track with Norris B, a Bristol based artist, performing songs from his up and coming album as yet untiltled. Norris’s super smooth voice reels the audience in... ‘Here we go again’- Norris B is in the house! I like the fact that Norris presented his original material giving us a taste of what’s to come. Norris delivers his Lover’s Rock music in a very relaxed manner and is good at engaging with people- as is Otis Irie who rounded off the evening in true Otis style. Otis’s first song, ‘Wherever I lay my Hat,’ suited his voice extremely well and warmed the audience to him instantly. Otis Irie is definitely the super cool Ladies Man and much to my surprise I was swept into a dance! Otis sang one of his own songs... ‘Only Girl for Me,’ recorded with Global Reggae Band- formed by drummer Trevor Greaves. I first saw the Global Reggae Band perform at the Lambeth County Show last summer and was very impressed. My review brought their music to the attention of Macky; and as a result Trevor and the band are now working in conjunction with U.D.E. and will be backing their artists at live shows.

In addition to the music and food I must at this point make quick mention of Caroline Allinson, photographer on the night who, as you can see, captured the essence of this event so expertly.
A Night of Urban Spice will be a monthly event with the next one scheduled for 25th March. This event will take a slightly different format so check the flyers or contact Macky for more information. U.D.E. will also be putting on live shows complete with Global Reggae Band so we’re all looking forward to exciting times ahead.

Jaz McKenzie~ The WordMagician Contact: itsbraap@live.co.uk
Posted by ITS BRAAP ITS LIFE !! at 18:46