Having been working with Macky McPherson for the past few years, reviewing events and far more; we decided it’s time to take an indepth look at the creation, development and future plans for his business, Urban Delight Entertainment. Urban Delight is far more than just another musical enterprise as you are about to find out.

At what point in your life did you decide to go into business for yourself?  I’ve been Deejaying from a young age so I’ve always done my own thing- like little events and parties, and I got my friend Soundkilla from Digital Clash to do my flyers. I really just had a little business of Deejaying for house parties, clubs and venues.

At what point did you decide to expand and start formulating Urban Delight Entertainment?  When I was  Deejaying I had Black Stuff Crew which was my little sound system; I had my friend War One who was my main man and he used to come to events with me. He was my one mic man and when he died Black Stuff Crew didn’t seem the same. Obviously from a business perspective Black Stuff Crew, which we named as we were playing vinyls, could be mis-interpreted- do you see what I mean? So I’d always been toying with Urban Delight and I thought, well, Black Stuff Crew, I wear the tattoo so it’s still me and this is the business end, so that’s it. Urban Delight is the brand I can take and develop and make it what I want it to be.

In what ways do you want your company to be different to any other record labels that have emerged across the UK? When I look at us as a small independent label I am looking at the smallest side of the business because I look at everyone’s skills; everyone using their own life experiences, their gifts and their talents, and we use music as a vessel just to connect people really- for me to deliver my message as well as everyone else to deliver theirs under one hub. Urban Delight’s the hub, almost like the heartbeat. You can look at it as a solar system where everyone’s orbiting around and it’s just a movement of like-minded people. 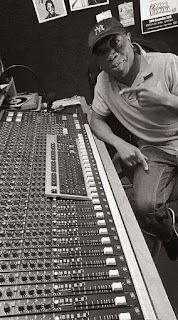 Let’s look at artists. When you have artists who want to work with you what qualities are you looking for in those artists besides the music?  I think with artists it’s the same as with everyone. Finding people who are true to themselves; people who feel they are good enough and if they’re not good enough yet, developing them. It’s just finding that connection. You can hear lots of songs but when you speak to people you find the reason why they want to do music, you get that connection and you just want to develop them further. As well as helping artists we help people through our Deejay workshops and shows on Life FM. It’s about using music really to connect people and connect businesses, but doing it in a way where we are not going to be conformists. We don’t need to do airbrushing; we don’t care how old you are. It could be someone’s Nan who sings in the kitchen and she’s seventy years old. If she wants a music video and is right for Urban Delight she’ll get one; and if she wants it in the kitchen round her pots while she’s singing we’ll do it. We want to do music but without the rules to a certain degree, that’s what Urban Delight’s about.

One of your big straplines is Music The Drug With No Side-Effects. When did that raise its head? Well. everyone in life, we all go through problems and music was my way. It was my anti-depressant and it’s always been that. I’m not knocking anyone who has had to take anti-depressants but music has been my anti-depressant. You know there’s no side-effects; not unless you’re my next door neighbour maybe- you know what I mean! LAUGH!! Apart from that, music heals people and makes them feel good. It can change people’s mood instantly for the better- although people can contaminate music and try and portray it in a negative light. It’s very positive and I don’t believe music is used enough to heal communities. I feel music is being owned like a drug cartel. It’s a billion dollar industry but there’s enough room for all of us so what we’re doing is just going out and getting it for ourselves. We’re going to open up arguments and doors so that every artist can get their fair share of music whether they’re independent or part of a collective. 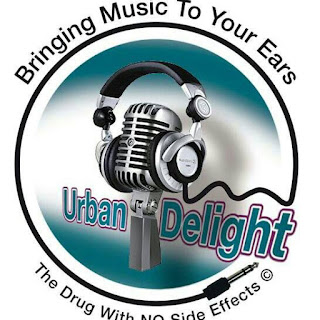 Would you like to speak very briefly about the different artists who are working with you currently? Yes, at the moment we’re working with Winsome Moncrieff- Mitchell who is part of Family Love and sings with them now and again. We’re working on her debut solo album with Computer Paul who’s a multi-award winning producer with numerous credits behind him.

Winsome is more of a Lover’s Rock vocalist however we’ve got a few tricks up our sleeve and you’re gonna see that she’s a real recording artist. Like all our artists, we don’t really like to put them in a box.You might hear Winsome do an Afrobeats track if she can and she wants but right now Winsome’s got a couple of Lover’s Rock tracks out.

J2G- Ras Buba and D-Skin, they’re an Afrobeats duo. D-Skin does more of the vocals and Ghanaian add-libs coz he has vocal skills and Ras Buba is the Jamaican Dancehall DJ side of it- a lovely combination, lovely pair of guys. We got Nahum Effick who is a wicked, multi-talented Beat Boxer who could win something like Britain’s Got Talent. He’s so good he just adds a different dimension to the outfit. Then we have Jeremiah Bonez who’s based in New York and is working on his new materials to show more flair and styles to surprise people. When he’s ready he’s going to be giving us his first UK Debut single to release. In Jamaica there's Daigo Baddis who’s actually dancer Urkle’s brother (Ras Yechiyah) who’s known for the Urkle Dancehall Dance. Urkle dances with us as well. Daigo’s a wicked Dancehall artist with good lyrics, good timing, great delivery and it’s all about how he’s promoted and marketed- he’s got a lot in the tank and we’re currently working on getting him over here so he can do some TV interviews and promotions. I’m also really excited about Abijah Smith in Jamaica who I believe could be as influential today as Bob Marley was. He’s fresh and his material is current so he’s ready to get out there and has already had a number one in Jamaica. We  also do one off’s which we did with Zaluma Cheek, based in New Jersey who just released a debut single, ‘Love Again, which was produced by Matthew Daniel- he’s one of our production team and runs Butterfly Dez Records.

We also work with certain artists who we support and they appear on our shows like Saint Paul for instance. We support him because he’s a good experienced rapper- and he moved my Mum! Well, anyone who makes my Mum happy is part of my team, so he’ll be promoted on the Urban Delight Website, and don’t be surprised if you see us releasing a single with Saint Paul.

We’re a small growing collective and our new artists include Kofi Dennis as we like to work with kids who have some sort of additional needs as well. He’s a vocalist and we’re gonna be mentoring him. I told him to go out and get a job and he got a job- If you’re with us you got to pay your way. Another new addition- and I always wanted to bust a Wandsworh artist, (Macky’s home turf,) is a young rapper by the name of Tee in his early twenties. He’s a nice guy and a bit of a mummy’s boy- I like that, so look out for Tee.  We are expanding all the time and we've got The Wooden Men who are very contemporary and we've just joined up with Global Reggae Band who'll back all our shows and we also feature their lead singer Otis Irie. They’re from Birmingham. In Bristol we got Norris B and Jah Garvey with Yam n Banana Productions- the producer 's name is Uri Green and they work at Dadaras Studios. So look out for some great new Reggae music.

What makes Urban Delight special?
What I like about us is artists come on board, they like what we do and they invest in themselves- that shows us that they are serious. We’re not like Sony and we don’t try to operate like Sony. We’re Urban Delight and we got our own swag. We got the tools and the platform for artists to come on board at any time and we have Europe’s leading, largest digital distributers who's on an on-going contract, so life is rosy for Urban Delight and the whole team. It’s a collective of great talents and when I look at Urban Delight we’re like music’s answer to the X Men, that’s the only way I can describe it and we just want to use it for good things.