A Legend in the making- Legends Nightclub Re-Launch 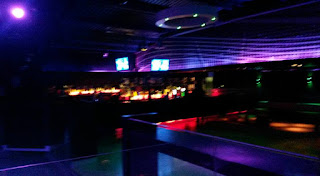 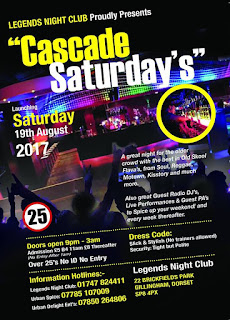 Saturday we took a trip from London to Gillingham, a little town in Dorset, for a very special event- The re-launch of Legends Nightclub. This beautiful club is under new management with Macky Mcpherson of Urban Delight Entertainment on board alongside Urban Spice and Debbie Batten. I say as I see, beautiful night club, however Errol Kennedy from legendary band 'Imagination' assured me that had not been the case and is purely the result of some seriously hard graft by the team from re-scrubbing the floor six times to make it shine, painting the entire place black, fitting new carpet and fixing the lighting to generate a serious club atmosphere. I must not omit the all important info us ladies need to know- getting those toilets fresh, scented and fully stocked! I imagine the bar was fully stocked as well however free champagne was flowing removing the need to investigate said element.
Legends is a pretty awesome space with huge potential- I can image a couple of poles for classy, synchronised use, not the strip club pole dancing variety! Who knows what's in the pipeline; this is just the beginning of the adventure. What I seriously love is the amount of floor space available. If you want to dance in the spotlight you can, alternatively there is great deal of additional flooring too. 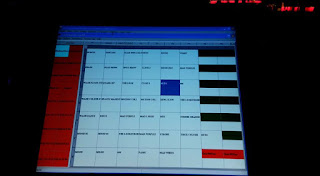 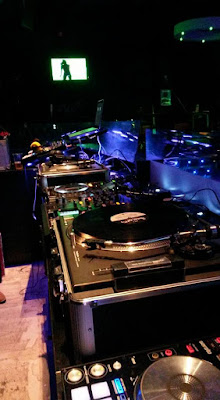 Being me I had to investigate the music station- not that I know the first thing about it, however it's loaded with equipment and is purpose built enabling DJ's to deliver their sound to maximum effect. The speakers certainly blast out music to expected club standards and that's what we want. In addition to sound, I love the lights and spent a happy ten minutes 'playing around' with the various settings- You can have different combinations, strobes flashing or more of a spotlight effect. Check the number of choices in the panel above.


Obviously the venue was not packed due to its previous reputation however attendance was good and the crowd enjoyed live performances from Norris B- Mr Cool of Lover's Rock, Winsome Moncrieffe-Mitchell who is a ray of sunshine with a pure yet powerful voice and charismatic Otis Irie- Global Reggae Band, launching their new single, 'Hold You Tight,' People were extremely enthusiastic and all acts were well received which is very promising and should help place Legends clearly as the place to go for locals and visitors.