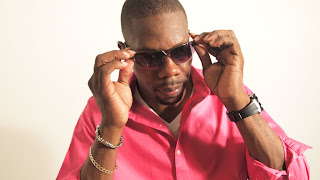 Mark is an exceptionally good Jamaican artist with a deep chocolate voice!! Part 1 of this interview brings to light some of the difficulties attached to following the dream ie; becoming a household name, for singers in general and not just Jamaicans. Mark started out singing in the church and progressed via a group to a solo career. We will also be examining the different dynamics his career has included.

We’re going to start by skipping across your gospel background & pick up your career from the time you were lead singer with the ‘Jesus Freaks’... That’s a very unusual name... how did you arrive at it?
Well the name wasn’t my idea it was the idea of the leader of the group. He was a big fan of a group called DC Talk and they had a song called Jesus Freak that went, ‘what would people say if they knew I was a Jesus Freak’ and he found this fascinating and said he would call his group Jesus Freak.

What are the main differences involved in being in a choir as opposed to the group?
The major difference is that with a choir you usually sing one part, so I sing lower tenor and you wouldn’t be as noticed or as significant as you are in a group. In a smaller group you sing a lot more and are more individualised, contributing more of your personal efforts; so if you make a mistake in a group of 5 it’s more noticeable than in a choir!

Does this mean that you found singing in the group more rewarding than singing in the choir?
In a sense yes because it was more what I wanted to do. It was more inline with my creativity and my sound. In a choir it’s more of a general sound and not an individual thing with 5-10 guys singing the same parts. A choir takes you into a bigger framework where you are concentrating on specific notes basically.

The overall sound a choir produces is very strident and impacts on the audience; do you think you can produce that kind of effect with a group?
I think a group can impact on the audience but in a way that depends upon the audience. If you are in a church setting they are usually more receptive to a choir as it gives a more reverent and religious sound that will be greatly appreciated. In a regular concert audience there are people who just don’t get the choir sound and think it’s too loud and forceful. They would be more receptive to the same song when it’s sung by a group of 5 and sometimes that makes it easier for people to make out the words. It also let’s the audience get a feel for the individual’s interpretation of the song.

Church music is very much a part of church life. When you moved to secular music did that have any specific effect on you?
Yes it did because I wanted to do music that deals with every aspect of life but in a positive way. The sound of the church is praise and worship but the sounds of the world are political, social issues, sex and relationships and other subjects with a wider range and a wider focus that affects us. We can use these as our topics to sing about.

How did the group come to split up?
That was because the leader of the group got married and other members of the group as well so they had less time for the group and put more time into the family.

What were your considerations when you decided to become a solo artist?
I know I have a great talent and ideas that can be put to music. The group that I was in split, but my passion for music was always with me and will be forever. I have visions of performing on a big stage that just won’t go away so I just couldn’t ignore it any longer and when I reached a rough patch in my life the thing that made me feel better was recording music. I would get lost in my imagination as I listened back to the quality of the production and this just took me away for hours at a time. It makes me feel good, like this is what I’m really supposed to do with my life, at least the biggest part of it.
I have listened to your love songs and was wondering what other issues have you addressed?
I have also addressed political and social issues so far, including a song I wrote called, ‘This Little Nation’ that speaks of the political tribalism that is very much a part of Jamaican politics and our need to move away from that and have faith in God and not man.

Your videos and are all quality videos that are well put together which is not always the case these days. Is part of your work ethos striving for perfection?
Yes it is. The video, ‘Have No Choice’ cost me quite a bit so I had to work hard to get the money together but it is important to produce good videos that make a good representation to your viewers.

How do you go about making your videos?
My video for ‘No Choice,’ was done by Jay Mac Productions here in Jamaica and was all shot in one location. So in terms of scene it was just a matter of moving around furniture and that took around 5 hours to do. They were done editing in about 4 weeks due to other engagements. My other videos are basically carefully compiled slide shows set to the songs. 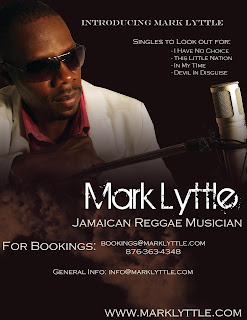 Have you performed all around Jamaica?
No, it’s kinda hard in Jamaica to get work as it’s flooded with artists here. I have a show tonight and one in a hotel on Friday night. I did a small show which was a benefit concert for a friend of mine. I am doing everything that comes around and hoping things will fall into place musically, but without a manager or money to get my music on the air it’s been very hard trying to get out there.


You stopped doing music for a while, began a career in construction management and returned to your music, why?
I was frustrated. A couple of years ago I had some new demos and was hoping to be signed, but the producer was inexperienced and didn’t have any credible links in the music business, so I ended up wasting my time and money. Then in more recent times I was working with a guy who wanted to be my producer and he gave me some rhythms to work on, so I worked on them for a week in a studio that turned out to be Buju Banton’s studio. While I was there I did a recording and the people in the studio were impressed with my voice and said that they liked the recording & all that, but I knew in myself that I was not pleased with it and my voice sounded like I was straining so we had a difference of opinion. I wanted to rearrange it and felt they were leading me in the wrong direction, so basically I knew it wouldn’t work out with these people. I knew a band called Curfew so I approached them with my song and sang it in a key that I was more comfortable with. They build a rhythm for me that fitted the song and my voice much more than the one that I have previously did, so we went on to do a couple more songs.

You have a very rich voice which is a little reminiscent of Barry White and definitely Mikey Spice. Rather than sing R&B or soul music you have chosen to focus on reggae. As there is more money in the commercial market why are you moving in this direction?
I am a Jamaican & I have listened to reggae all my life so it’s the easiest thing to connect with. But I want to develop as a whole singer so basically I will cross over and in the near future I will do soul and acoustic music with guitar. Basically it’s easier to get my music out on the radio bands with the reggae. I am interested in doing some dubstep and will be doing that and hope to do some R&B when the right opportunity comes along.

Many artistes are successfully merging different styles of music, Maxi Priest being a prime example from a long way back. Which reggae artistes music has particularly inspire you?
Maxi Priest as you have mentioned, people like Dennis Brown, Beres Hammond, Taurus Riley, Richie Spice and the band Third World. Third World have a sound you can identify with. Some of the reggae is hardcore and deep, particularly in the Rastafarian thing, and some of it is easier to listen to and a bit more general, like Third World. Their music is easily identifiable.

COME BACK TOMORROW FOR PART 2 & GO CHECK OUT MARK'S WEBSITE http://www.marklyttle.com/site/
WE ARE INTERESTED IN YOUR EXPERIENCES. Please comment or send to itsbraap@live.co.uk tweet us @its braap
Posted by ITS BRAAP ITS LIFE !! at 21:13