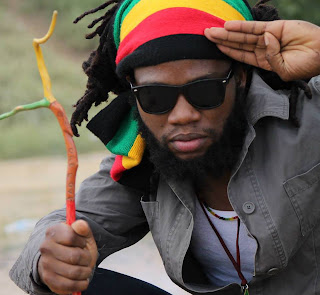 ~IB~ are delighted to have been invited to interview Jamaican artist Indecka, whom we will introduce by using the opening statement from his bio:

‘‘Lyrical content with a difference.’ Born Chevol Grant, Singer/ songwriter Indecka has been “edutaining” and uplifting individuals through his vibrant, conscious yet witty songs and performances for over a decade, displaying his versatility with outstanding and captivating performances and songs on both reggae and dancehall beats.
Time to get down to business!!
Let’s start by taking a look at your background. You were brought up by your Grandmother and mentioned living with hardship- what kind of hardships did you experience?
We had to go to the farm to get food and stuff like that you know - and walk to school, a good long journey. Day to day experience but as a child you don’t really know these things because you get up and eat food and it’s long before you get dinner so you get really hungry. You get hand down clothes but you don’t really realise.  You are still happy as a child, but when you grow up you see the situation.
With regard to religion, I saw in your bio that you were brought up in the church yet you are now as a Rasta; what’s the story?
I was taken to church but when I leave Manchester it was a whole different culture. In Manchester it was school, church and sometimes market and we were brought up believing in Christianity. When I leave Manchester I free up and understand more things, so I choose Rastafari because of the liberty. 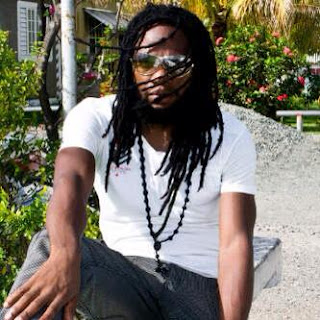 When you were aged ten and you started singing ‘for release,’ was that also the time you realised the hardships?
No, I was not recognising it at that moment, later.
So was that just the normal singing that ten year olds do?
My singing started in the church so it was church concerts, school and community concerts, run by the church as well. People like my singing and put me up again for encore. I go up three or four times because people like me and always want me to sing.
At that point in time how did singing make you feel?
Sometimes it made me feel sad because I didn’t really want to be on the stage for that long but it was always happening to me. So many times me cry.
Did it gradually give you a strong sense of your individuality?
As I got older: now I understand that people liked me but it was difficult.
I see you write poetry. Can you remember how you came to write your first poem or what it was about?
I don’t remember clearly what it was about but it was in school. We were told to write a poem in class and me poem was so good that the teacher read it aloud to everyone. Then I started to just write. I was aged fifteen when that happen.
When did you start the music?
When I was about sixteen and we reach Glengarth School, we started to knock the decks and sing along. We used to just free-style.
Who were your major musical influences?
I listened to Luciano a lot. When I really started to realise what I was going through, I start to listen to Luciano for the meaning of his words because I never really listen before. We were not exposed much to reggae music, we were exposed to church music. When I start listening to Luciano’s song, ‘Lord give me the strength to face another day,’ I’d sing that song a lot.
So that song spoke to you?
Yes, but in terms of influencing me personally regarding music, it was the era of Bounty Killer verses Beenie Man. Everybody chose to emulate Beenie Man or Bounty Killer and I was a fan of Bounty Killer.
These days you have been exposed to a great deal of music. Do you still listen pre-dominantly to reggae or do you enjoy a wider range of music including R&B, Jazz and so on?


Yes I have been exposed to a wider range of music and appreciate different music more you know. I listen to R&B and I like country and western; I like Kenny Rogers and other artists. It opened me up  musically to different influences.
Tell us how you came to record your songs.
Leaving school, I started working at Breaton gas station and singing was a heap of fun. I was writing my own songs and people in the local community would come to the gas station to hear me sing and DJ. They would say, ‘he’s good.’ They try to sort out some connections but I still wasn’t taking it seriously and Jah Mikes the Yahbell producer gave me a ring. So I ring him at his home a few times and he link me at the gas station a few times. I went to the studios and finish my song, ‘Always be there,’ and that was my first recording. It was a whole different experience for me because singing on its own was so easy, but when you go to make records it’s a whole different aspect of the thing you know. The whole thing has to be on point. 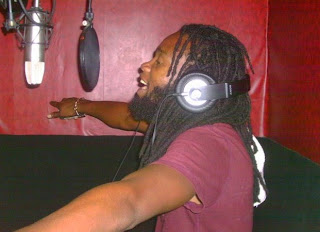 What age were you when you made your first recording?
Somewhere around nineteen to twenty one. I sort of took a break because we didn’t really push the music.
Were you doing quite a bit of deejaying when you first did the singing?
Yes, community deejaying and for my friends around 2008 when I recorded Jah Protect Me. That’s when I really started taking the music seriously. Always Be There was my first song but the song, ‘ Jah Protect Me,’ really gave me the inspiration, gave me the lift to push on.
I see that you like to produce lyrical content with a difference, how do you achieve this?
In Jamaica now you have lyrics that are trendy. People on the whole try to copy and almost every artist sings about that same topic. I try to go a different route and tell my stories differently.
Is that why you went for ‘Rice and Peas,’ because it’s a very traditional yet very comical song?’
Right, that’s why I did Rice and peas the way I did it because people sing about stuff like that in two lines in the song, but I did a whole, complete song about that.
What aspects of your singing bring you the most joy?
Singing itself and when people get a joy out of it you know. That’s what gives me the lift. When people really get into your song or say to you, ‘ I really enjoy that song,’ or ‘can you sing this song?’ That’s what gives me joy.
You’ve had a lot of press coverage in Jamaica, over what period of time has your career really picked up?
Since Jah Protect Me, so in the last four to five years really.
Are you recognized across Jamaica?
Yes, I would say that.
What’s the next move for you?

I’m trying for international now so trying to set up some tours and things like that.
Are you extending to the Caribbean first or going totally international?
I have connections worldwide so I am going to promote in the UK, across the States and use Caribbean connections- international networking is working well for me.
So have you any dates booked abroad or is this challenging?
It’s challenging because you need a lot of P’s to go to other countries. When I talk of going on tour I could go with another artist, a bigger name because it’s easier but we’re trying not to take that route.
How important is the charity and giving aspect of your work?
That’s a very important part, not just music but a very important thing in life. You have to give to receive so it’s very important that every day you give something; you can give support to something or someone.
What else is important to you on a daily basis?
You have to take time to understand life itself and then you will know how to be with people and it’s much easier that way. You have to deal with each individual on their own merit because no two persons are the same. Every single person is made in their own way you know. I deal with each individual like that. 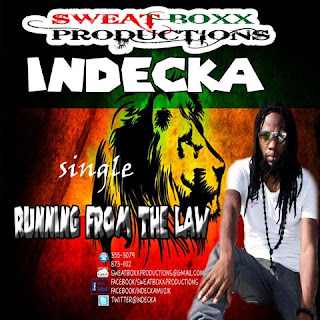 Back to the music, what are you busy promoting at the moment?
We have just finished a new single ‘Bloodshed’, that will be out later this month and we are currently promoting four singles, here and abroad as well. The other songs are , ‘Running From The Law,’ ‘ More Jobs’ and ‘Rasta Big Up.’
What is the actual message that Bloodshed is focusing on?
It’s mainly about guns that are burning like a disease. They are still killing people over so much years, still destroying life. Things have always been the same here ever since and it’s time for change, a drastic change.
You are one of the artists that Badda Links of Grung Star Promotions is managing and promoting; how did you connect with him?
He’s a very good friend of mine from Jamaica and we connect over the internet. He is the main person helping with my career. He is my main supporter in terms of inspiration and motivation. He always gives me encouragement.
Finally, what would you like for your future?
I would like my music to become a household name across the globe, that’s good for me.

We would like to thank Indecka and his team for this interview and you can enquire about Indecka at: sweatboxxproductions@gmail.com or Twitter@indecka