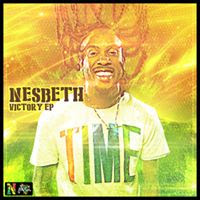 Nesbeth Victory EP Review
Nesbeth is a man with a rampant social conscience, packing his lyrics so that the reality of life is sandwiched between slices of eternal hope and positive vibrations. I interviewed Nesbeth recently and found him totally humble and real, therefore the weight of his EP material is real enough to anchor people to a more determined frame of mind and is extremely up-lifting.

Interestingly, in the back of my mind I can hear echoes of Jah Cure’s ‘Behind These Prison Wall,’ – I’m comparing the impact created by Jah Cure’s song and not the song itself; although I will say that, like Jah Cure, Nesbeth’s voice has a very haunting quality and he uses his vocal techniques skilfully applying variation and expert timing to maximum effect.

I love the introductory track, ‘ Marijuana,’ which is very deep and not just about enjoying a ‘medi’ -which tends to be the norm. Instead Nesbeth tackles the evils in society explicitly, rounding off by saying that Marijuana is a power in its own right providing food for the brain. The guitar melodies are great and produce a very current musical feel; a slightly syncopated beat underlying the lyrics in places. The music weaves in various ways creating a ‘fly away’ feel that carries the listener with it.

One great thing about Nesbeth’s EP, it will always be current because he is speaking to a world encompassing poverty and shows one person can make a difference.  Jah Jah Handpick is spot on regarding Nesbeth’s life and tells people to place their trust in Jah when tempted or facing trials- a strong message everyone can carry with them. This tune is very catchy with a memorable chorus- once again Nesbeth’s lyrics are beautifully delivered. 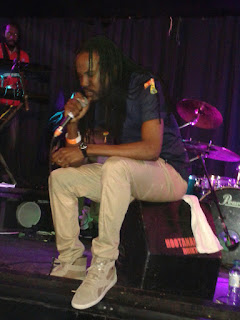 Taste Victory can only be described as a triumphant anthem; opening with an invitation to join in the celebrations and focus on Victory at all times. It inspires success. Nesbeth’s message is all about thinking the good in and staying focused on the right path even in the most difficult circumstances. Thought: ‘Nesbeth is Nesbeth’ and ‘Bob Marley's Bob Marley,’  however if this song had been written by Bob Marley it would be blasting the globe alongside all the Marley greats.

For a real African feel listen to Hunda Lay Lay- an extremely melodic and almost hypnotic track, enlivened by the one jump. It's a song about struggles in Africa: the Buffalo soldiers, the on-going fight and realisation that this fight is far from over.

Life is a journey. ‘Even Though,’ emphasises the importance of appreciating this journey and understanding that we go through bad experiences in order to benefit from the good. ‘Sunny day’s has come, never forget my darker days.’ Nesbeth speaks about his home town and experiences, recalling some of his darkest memories including the loss of friends, which many people can associate with. It is such a deep insight into Nesbeth’s motivation and spirituality, proving that anything is achievable when you stick to your values and beliefs.

I seriously love this album, distributed by Zojak Worldwide; the beautiful music and sensitive expressions of our troubled world receive an injection of promise for the future. Quite a masterpiece within which Nesbeth reveals his true self to the world. I agree with everyone who say’s it’s a must-have EP. Besides commending Nesbeth and his team for such high quality music I have one thing left to say: When I rise up in the morning I know this EP will be hitting the decks!