Krosfyah - Pump Me Up~ Soca King Edwin Yearwood at the Voices For Lupus Concert!

Having just returned from the beautiful island, Barbados, I was thrilled to attend the Voices For Lupus concert, second annual event, orchestrated by British Musical Director and Voice Coach Mike King.

It was a wonderful opportunity to hear Edwin Yearwood once again- whom I previously saw  aboard a float during Crop-Over (in 2004 I think!) with his band Krosfah. Edwin has had a fantastic career and really excelled in the genre Soca, having huge success with his exceptional lyrics & song writing skills. Edwin's talents have become internationally recognised resulting in numerous awards and titles, in fact, he was granted the honour of being awarded keys to the city of Boston in 1996- bet that surprised you as it did me! For the record, Krosfyah have sold over 50,000 copies of their Album Ultimate Party-Pump Me Up, so if you haven't got that in  your music collection now's the time for action! 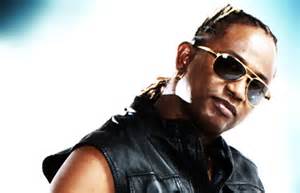 To round off, the evening included music from: Barbados Defense Band, vocal group G-Syndicate, spoken word poetry by Adrian Green, Gospel singer Paula Hinds and my personal favourites, genius jazz guitarist Mike Sealy- the notes he didn't play sang and his version of Summertime was stunning; finally, The voices For Lupus Choir/Orchestra who rounded the evening off in true celebratory style.

If you plan to be in Barbados next September, check out this event. All of the artists are worth researching with impressive career paths... and best of all, it's in aid of a great cause.