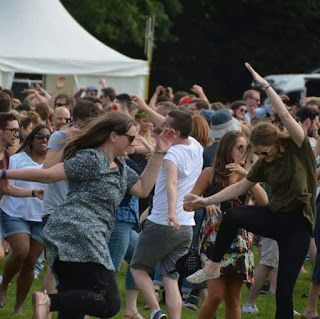 I had such a fantastic time at the Lambeth County Show last weekend- wow seems like forever ago and I’m still vibing! I went along primarily to support the Global Reggae Band who headlined the Village Green stage last Saturday evening.

This year due to my late arrival I did not concern myself with the stalls and incredible displays of sheepdogs, motor bikes etc, instead, heading straight for the Village Green area where I was blessed to arrive towards the beginning of South London Samba’s totally electric performance. This band of drummers stir up a fury of excitement and honestly, I just wanted to go and join them so I could be a part of future moments! It’s hard to describe the fusion of energy and joy these guys create as their music flows under the direction of their leader, switching from one rhythm or beat to the next, picking up volume and pace before subsiding once again. I found myself almost leaping up and down on the bad knee whilst literally drumming out the rhythm on my left leg. Macky Mcpherson of Urban Delight Entertainment always says that Music is the drug with no side effects- I wasn’t on ecstasy but certainly in it! This has to be one of the purest forms of energy I have experienced and my goodness, the band’s stamina was awesome. I’m definitely going to find out more for you all before long.

Lit FM were up next and these guys delivered! I thought we were going to stick with jazz, which is not my favourite genre, however lead singer Karolina clearly loves her band and music so much she projects energy with a huge smile and Lit FM’s vibes become very infectious. If you like Jazz Funk this is a band to actively seek out as they are busy gigging around the UK. The set was such an interesting mix including guest rappers who are closely associated with the band; and the musicians are so skilled they even delivered some seriously good rock. I love the live brass section and it is great to see this combination of instruments. Karolina played the keyboards for most of the set and her backing singer is a real asset to the band, being a strong singer in her own right whilst getting the balance correct so the harmonies flowed. One particularly lively song we were encouraged to party to was, 'C Minor'- great fun! I am very impressed with Lit FM and plan to follow their progress if possible- could easily see them at major festivals wowing the crowd!

Headline time! Global Reggae Band arrived having experienced a difficult journey driving down from Birmingham- the usual, accidents etc. This meant that they were unable to deliver their set as planned however this did not impact at all upon the crowd’s enjoyment of their performance- which says a great deal about the musical quality Global Reggae Band deliver. Their style is to sing popular songs which people love and can easily join in with. The band has a very laid back style, easy now, and this is most appealing. You know this band just want you to be a part of their performance and have fun; which is probably why they are now in demand! We experienced a mix of classic reggae such as Bob Marley’s ‘ One Drop,’ and some reggae-style soul, Marvin Gaye, ‘Let’s Get it on.’  The band then zoomed into current times – ‘Thinking Out Loud,’ Ed Sheeran, again sounding fantastic on a Reggae beat. GRB Youtube

I definitely need to give a special mention to Otis Irie for taking command of the stage and opening with Accapella whilst the band completed their checks. Otis is a natural front man and the original cheeky guy who is going to grab everyone’s attention- dare I say it, especially the ladies! Global Reggae Band literally had the crowd on their feet the entire time and having concluded their performance were unable to meet the crowd’s demands for more due to festival restrictions. This did not stop the people chanting, and resulted in an invitation from the OxJam promoter to perform at their next major event in October. 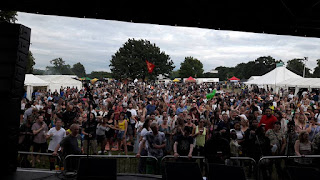 Have to say, I had an amazing time at the show on Sunday with Fadda Urkle, listening to veteran’s Little Roy and Johnny Clarke who both gave really great performances. Dancehall artist Stylo G was pretty phenomenal too and so on point with his messages, especially encouraging people to live their dreams. For direct feedback check out my interview with Stylo G, appearing twice on the blog for some reason but hey- the man’s worth it!  You can listen to his music here: Call me a Leader

Jaz McKenzie~ The Word Magician Email: itsbraap@live.co.uk
Posted by ITS BRAAP ITS LIFE !! at 14:58