Back in June I was fortunate to attend the film premiere ‘Return Of The Don,’ having been invited by lead actor Paul Van Beaumont who plays villain Charlie Reid. This proved to be an excellent film and has since won awards with more nominations in the pot. Malcolm Benson wrote and directed this gem of a film in which he explores the horrors that can occur when gang life goes drastically wrong. Rather than just discussing the film I also wanted to tap into Malcolm’s passions and motivation to reveal a little of his personality; this interview will be presented in two parts. Today part one reveals a little of Malcolm’s personality and how he projects his personal feelings, particularly towards traffic restrictions, into film! Part two is mainly related to the execution of  ‘Return of the Don,’ and its impact..

How did you become interested in film making? For me, film making was something that always looked fascinating to do. I’ve always envied producers and directors; the likes of Spike Lee and Denzel Washington. I followed these people and I kind of felt that if I’m not acting in it I should be making it. I’ve always enjoyed going to cinemas and seen myself as someone who would end up in the film making industry. For me the passion has always been there and eventually I felt to thank God that he has really given me the edge to step up and live my dream. Have you had to undertake a lot of learning in order to create your films? Yes, when I started I went on a few academies. I went on Robert McKee’s Storylogue and basically Robert McKee is the one that pushed the likes of Quentin Tarantino. I found that he was coming to London to run a storylogue for a week and that was an inspiration so I thought yes, let me start with that because to make a film if you don’t have the story right there’s no point doing anything. To me, a good story that  has all the subliminal symbolisms within it tells you the work is half done. So I went on his course and then went to do a few projects at Raindance and the rest of them. There are other film producers that always come here to do seminars and courses on films. What I didn’t do was to go into full scale academy and do an MA in film making. I was always thinking no, that would take me too much time so I did what I had to do to get enough experience to be able to decide yes, ok let me go and film. In which year did you start going to courses? It was about eight years ago when I started with Robert McKee

What was your first film? My first film was, ‘Phantom of Fury.’ It was a short film, ten minutes, about a young man who is basically struggling to abide by the law; because I find in this society we are always rebellious about the rules and regulations and try to look for ways to get off the hook and basically do things our own way, so we feel that the rules and regulations are there to be broken. We do what we have to do sometimes even if it’s not necessary. 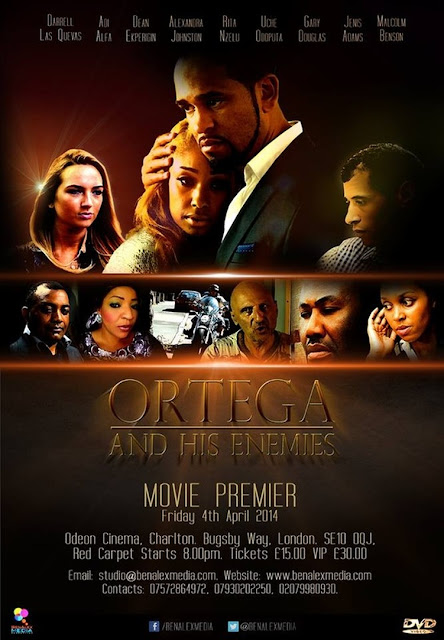 Having said that, I’m going to ask you, what rules and regulations do you feel like breaking? Laugh-parking rules, especially where you have to get somewhere and there are no provisions for you to park your car. You find that they just put all these double yellow lines everywhere. Sometimes it’s just so un-necessary and you are thinking, 'WHY and HOW' are these people expecting you to access? I know they’re trying to control the area to make sure people don’t block up everywhere but sometimes there is no provision and some of the routes are just so ridiculous to be honest. Especially the operational hours when they say, don’t park until 6.30 or 8.30- leaving you thinking, why not from 5? It’s just so different in different streets or on different routes and so you have to read and read to actually understand it. As soon as you make one mistake you come back to a massive fine on your windscreen. It’s just unbelievable! So would you rather be a rebel and pay the fine or not be a rebel? I always pay the fine but I pay it gradually because the penalties are just overwhelming. If it’s just £20 I pay it quick but some are as high as £100 for a simple mistake and they don’t have a proper procedure for appealing against it. It’s just a racquet- they do it to make money without any proper explanation to account for what they are using the money for.

You mentioned that you have made four films, what where the others before Return of the Don? They are, ‘Forget The Pact,’ (starring Mo George,) a 10 minute short film. Basically it’s about three friends who made a pact not to get romantically involved with each other. You know what happens when you break the pact that you’ve made- it’s gonna turn nasty! The next one was Ortega and His Enemies.’ It’s like an extended story telling emanating from my initial first film Phantom of Fury. Basically the idea was to develop that film and get into full phasure. It’s really about a young man who has issues with his anger management who is basically trying to get into a relationship, but obviously with the issues he has trying to manage his anger and with his family, in the end he had to fight the system and run out the country. 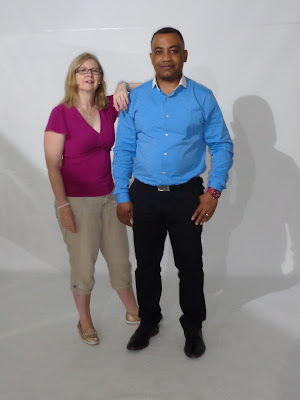 What drew you to the subject and where does your experience come from? For Ortega and his enemies the inspiration came from my personal experience which I mentioned earlier. The subtext itself actually depicted most of the issues I’ve had with parking attendants. When you see the film you see how Ortega ended up from a normal life to the point his fiancée was ticketed. It wasn’t her fault- basically she went to get a parking ticket but the machine wasn’t working and she had already put her money in. Before she could come back they had basically clamped her and given her a penalty. Ortega then takes on the issue to resolve but cannot resolve it because of his anger issues. It’s more reflective of my personal experience because I’ve been bailed a number of times for parking somewhere  I’m not supposed to. It’s not what I have done but I was thinking it!