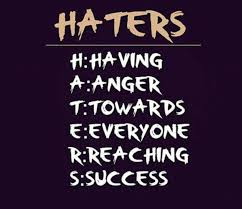 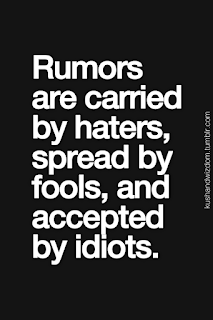 I really have no time for haters but once again Facebook keeps sharing little messages about them. I am not interested. Why? Haters do not deserve any of my mind space or yours! So what if people are bad minded and say nasty things about you? Your true friends know the truth and those who don't can remain ignorant or ask for your side of the story.

Very often these people make snide remarks that they hope will undermine your confidence. The thing is, if you are confident, which you should be as you are obviously doing well enough to command attention, then these comments should slide off you leaving the hater frustrated.

There's a phrase I have heard so many times and fail to understand. It goes like this:
'I love my haters because they inspire me to do better.' Think about it for a minute. Why would you embrace hate in any form? Why would you be inspired by so much negativity? Why would you introduce negative vibes into a positive project? I find this crazy. Inspiration should be rooted in positive vibrations, thoughts and feelings if it is to flourish.

Let's consider the hater a bit more. Why do they hate? It's actually not because you are doing better than them, It's because they do not have the necessary elements to be successful right now. They may not be confident; lack inspiration; lack dedication or have all of these qualities but cannot maintain the belief that they will be successful. Mindset is key and they need to get it right to succeed.

How can you deal with your haters? This will depend upon the severity of the problem. In extreme cases it is probably best to cut contact. If you are having difficulty with a friend or family member, you might need to recognise the jealousy for what it is and decide if there is a need to support that person, or simply acknowledge the comments without giving them any credit- 'is that what you really think?'- and carry on.

The key to success is to focus on success. Let your achievements speak volumes and allow your mistakes to whisper. The message I have picked up recently is to keep building on your strengths rather than tackling your weaknesses. Maybe this would be a useful piece of advice for your haters and one that helps them to turn the corner. There really is no point in wishing people ill regardless of what they do or say about us. Our aim should be to go up not down, so do not lower your standards and embrace other people's poor attitudes. Love is more powerful than hate and leads to happiness whereas hatred increases bitterness. Next time you receive hateful comments, pay no mind and keep doing what you're doing- remember, ultimately you burst your own bubble!

Jaz McKenzie~ The Word Magician
Posted by ITS BRAAP ITS LIFE !! at 21:41 No comments: 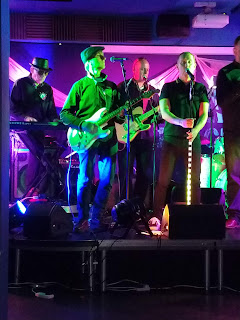 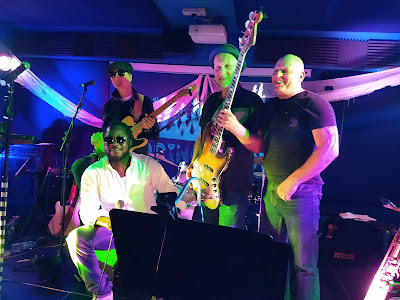 'Singing in the Rain'- Photo by Maurice Sparrow. 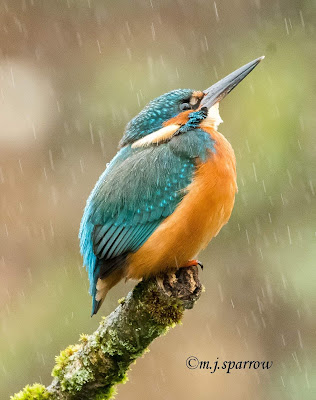 I literally haven't blogged since July, however, I was thinking it's time to start back when one of my favourite photographers, Maurice Sparrow, posted this beautiful photo of a Kingfisher entitled, 'Singing in the Rain.'

This was one opportunity I couldn't pass by, looking at such beauty and perfection. Sometimes that's what it takes and words flowed just like the stream of raindrops above.


SINGING IN THE RAIN

No rain will ruffle my feathers,
for I stand proud.
No wind can rock me off my perch;
I'll open my beak and sing out loud.
'I am as beautiful as the sun
rising in the sky.
I know my worth!
And the storm can't make me cry.
By the time the sun sets
My feathers will be dry
And peace will be restored.'

These words are not just those of a humble Kingfisher; they are the words of a warrior, that is, those who know what it really takes to live this life and push on through. Our feathers will become ruffelled from time to time. Sometimes we feel as if one bad thing happens after the next, but like the Kingfisher we must allow the water to roll off our feathers and drain away. We know the sun shines tomorrow and a little rain can be very refreshing, creating contrast. Appreciation truly is a product of contrast. Imagine how less appealing the Kingfisher would look if he were all one colour! It is worth recognizing that life is as much about contrast as is good photography.

Big 'thank you' to Maurice for allowing me to use his photo. It added far more than a splash of joy to my day.